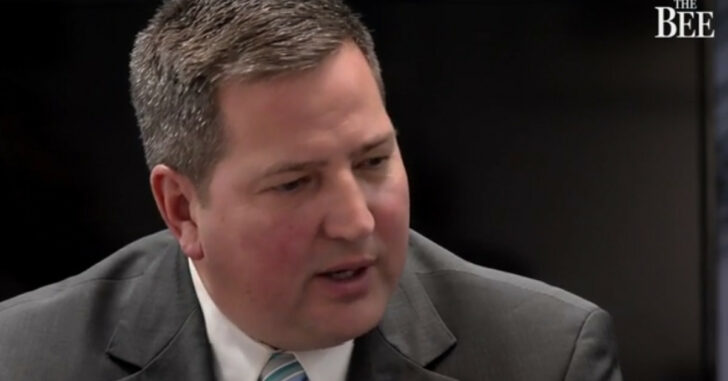 SACRAMENTO, CALIFORNIA — For gun-toting Californians living in Sacramento County, it’s been a terrific six years. When Sacramento County Sheriff Scott Jones took office, there were only around 350 concealed carry permits issued. As of the time of this article, there’s over 8,000. That massive increase is mostly due to Jones figuring out ways to speed up a lengthy, convoluted state-mandated process.

Efficiency in bureaucracy, who would have ever guessed we’d see the day?

According to the Sacramento Bee, Jones’ department scheduled 600 physical interviews in the course of a month. In California, you have to be interviewed by the issuing authority prior to proceeding with the application process for a concealed carry permit. By spacing the interviews 10 minutes apart from one another, Jones and his crew were able to fast track a lot of people through in a short period of time.

It reinforces to people that if they want to pursue a concealed carry permit in Sacramento County, they won’t be turned away for lack of opportunity.

One of the ways less gun-friendly places limit or restrict citizens’ right to carry is by making the application process so unmanageable for sheriffs’ offices and everyday people that a lot of folks just give up.

The people who want to restrict your Second Amendment right to keep and bear arms want you to quit. They want to make the process so mired in bureaucracy and red tape that you either can’t afford it — in terms of time or money — or the sheriff can’t afford to make it convenient.

Well, Jones and his team are doing what they can to make the process for obtaining a concealed carry firearms permit as streamlined as possible. And, according to the statistics, it’s working quite well.

Unfortunately, that success has come with penalties of its own: more people want to apply for a permit.

via the Sacramento Bee

“It has been difficult to process as many applications each month as we receive,” Jones said in a written statement to The Bee. “This creates an untenable backlog that can get worse over time. This new system will hopefully eliminate that backlog.”

Law enforcement have their hands tied in a certain sense. Innovative ways to streamline the requirements for a concealed carry permit is completely plausible. But the sheriff can’t unilaterally change the standards to improve speed of processing. He has standards he has to follow and a lot of those standards are set through representation.

Sheriffs in California have discretion about issuance. They may deny or accept an application based upon its merits or even the suspicions of law enforcement. That’s California state-level code.

In order to make the concealed carry permitting process simpler, Californians will have to step up and elect lawmakers who will repeal or revise the penal codes surrounding concealed carry permitting. Until that’s done, the best any sheriff can do is figure out ways to knock out the requirements in a smooth, expedited manner. There are limits to what can be done insofar as that is concerned.

It’s great to see law enforcement taking that role seriously and understanding that law-abiding, responsible people have a right to keep and bear arms. Restricting that right through unnecessary bureaucracy isn’t just bad for business, it’s potentially endangering the lives of those people who may one day have to defend themselves with that legally permitted firearm.