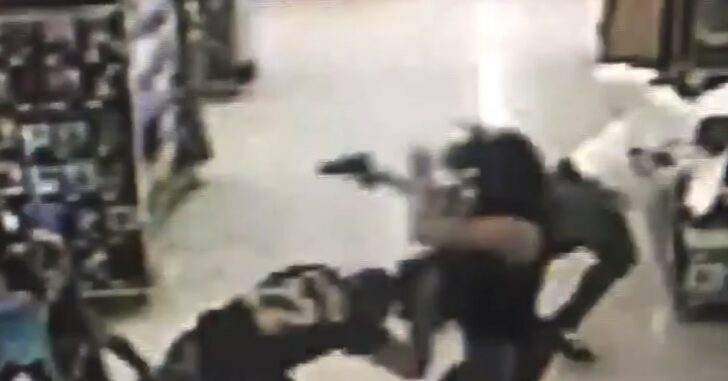 There’s a time to fight and defend, and then there always comes a point of stopping the trigger finger from pulling anymore, and that’s when the threat is no longer a threat.

The thing that landed this woman in hot water wasn’t the initial shots towards her attackers. Those were legit. It’s the last few shots that she took when she started hunting the attackers who were hiding in the aisles. THAT’S where you cross the line.

Take a look at the video, and retain any lessons for future thought.

Previous article: Man Kills 4, Injures 2 In Hours-Long Stabbing Rampage In California Next article: Another Person at the El Paso Walmart Shooting, Who Usually Carries A Gun, Didn't That Day