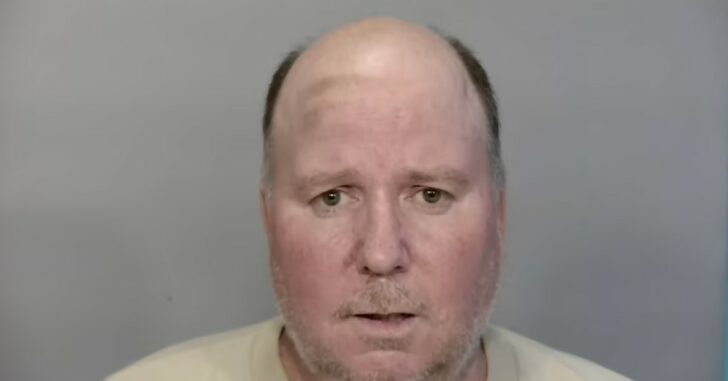 MONROE COUNTY, FLORIDA — William Zimmerman, 53, told detectives he’d “kill his stepson” as he was released from an area hospital, according to police.

According to a spokesperson for the Monroe County Sheriff’s office: on June 26, 2022, Zimmerman was shot by his 25-year-old stepson as the stepson witnessed Zimmerman beating his mother. In detail, around 7:30PM that night, the victim’s son shot Zimmerman while on the phone conversing with a 911 dispatcher during the assault.

After shooting Zimmerman, he administered first-aid until he was ordered out of the residence by arriving deputies and was cooperative with deputies and detectives throughout the incident.

Detectives arriving at the scene noted that Zimmerman’s wife had injuries consistent with being beaten, and she had confirmed that her husband regularly beats her and threatens to kill her and her son.

The victim was taken to Lower keys medical center to be treated for her injuries. Zimmerman gave a conflicting story to law enforcement, that he was shot without warning.

Zimmerman has since been charged with battery, and the stepson was not charged as he was deemed to have acted in self-defense.