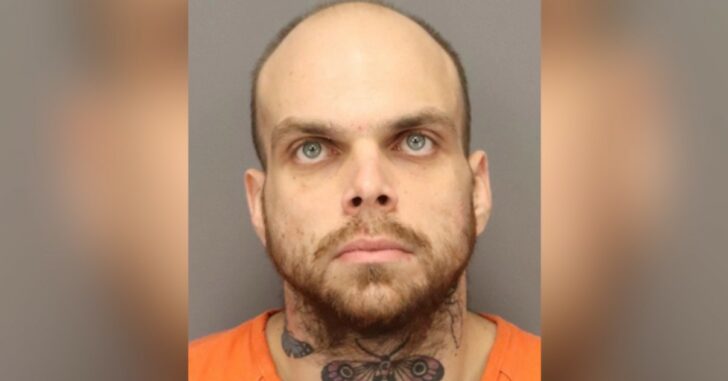 LARGO, FLORIDA — A woman and her unborn child are alive thanks to an armed citizen who saw her being stomped on the head and brutally attacked in a Publix grocery store parking lot on Saturday around 5pm local time.

The woman was in the parking lot when the suspect, 27-year-old Cole Joseph Danisment, began punching her in the face. The attack escalated once the woman fell to the ground, and Danisment began stomping on the woman’s head and upper body, according to police.

The attack only stopped when an armed bystander, who witnessed the attack, pulled a gun on the suspect. The armed bystander later told police that the attack was “so brutal in nature” that he feared the woman would be killed.

The woman and the suspect had been in a relationship for a year, and lived together for one month.

However, the suspect was put under a no-contact order after being arrested on a domestic battery against the victim on Oct. 11. Deputies said he showed a pattern of violence toward the woman regardless of the order.

The condition of the woman is not known at this time, but it is believed that she suffered a broken nose.

This witness and armed citizen didn’t hesitate to step in when another life was in danger, and could have very well saved two lives that day.