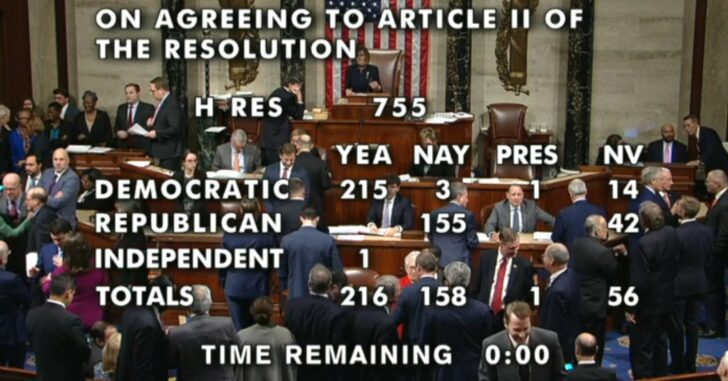 In the Democrat-controlled house, President Trump was impeached by a majority vote.

The vote for impeachment was on the first article for abuse of power, and will now go to the Senate for a trial. That Senate trial is expected to begin in January.

We rarely cover politics in such a way, but these occurrences can have consequences for gun owners in the long run. If we aren’t paying attention to what is going on in the political arena, we will be left behind while having rights chipped away.

What do you think about the impeachment vote?