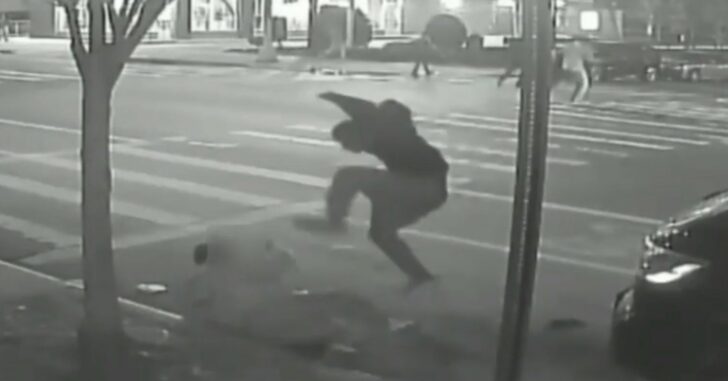 NEW YORK CITY, NEW YORK — Two men were leaving a McDonald’s in the early morning hours when a group of thugs demanded their money.

For four days, Juan Fresnada, 61, was hooked up to ventilator in the intensive care unit at Lincoln Hospital following the heartless attack in Melrose on Christmas Eve.

Fresnada was defending his partner, Byron Caceres, as a merciless gang of thieves pummeled Fresnada and slammed a garbage can over his head.

The attack, which was caught on camera, lasted 10 to 15 minutes, according to Caceres.

He was unable to call police because he didn’t have a cell phone, and waited helplessly for help to arrive.

Fresnada would later die at the hospital as a result of the attack.

The suspects got away with $1 from their victims.

Police have released video of the attack in hopes of finding those responsible. That video can be seen below.

I’m not saying that either of the victims would have been carrying firearms if they were legally able to, but I am saying that the choice to do so does not exist in places like New York City. Unless you are a politician or exceedingly wealthy, your chances of getting a permit to carry a firearm are zero.