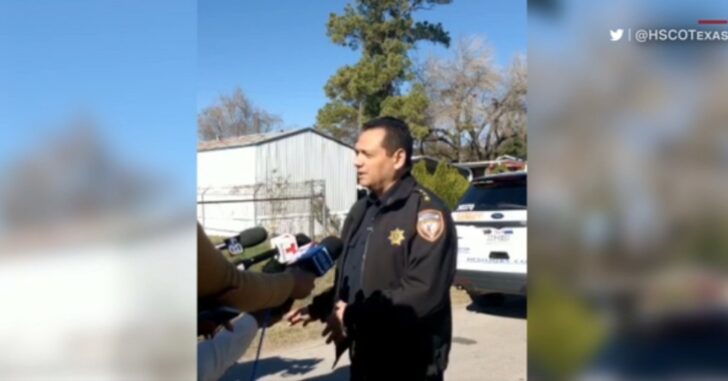 HOUSTON, TEXAS — Two men who share a residence were aware of their surroundings when they noticed three men exit a vehicle outside the home. One of the residents saw a gun in one of their hands, and knew that something bad was about to happen.

While the first resident hid, the suspects encountered a second man, who came out of his room with a shotgun, Gonzalez said.

“It appears there was some type of gunfire exchange,” Gonzalez said. “The one with the shotgun was able to shoot at the three males, and they were all pronounced deceased here at the scene.”

The resident who opened fire was hit once. He was being treated at a hospital, the sheriff said.

Police believe that the men were attempting a home invasion and robbery, but aren’t sure yet on how the men entered the home.

Deputies are at a home in the 1800 block of Amie Michele Ln in Channelview, where 3 males are confirmed dead after an apparent home invasion robbery attempt. A fourth male has been taken to the hospital. PIO is en route and updates will be given from the scene. #HouNews pic.twitter.com/VhSzUipznc

If one of the residents hadn’t been armed, they could have met an untimely death at the hands of three criminals. Instead, the three criminals found out that crime doesn’t pay, and they sacrificed their lives while trying to make a quick buck via violent means.

Previous article: Two Florida Men Fight Over A Woman, One Attacks With A Knife, The Other Defends Himself With A Gun Next article: Family Birthday Party Turns Deadly As Fight Breaks Out, Knife Wielding Aggressor Is Shot, Killed