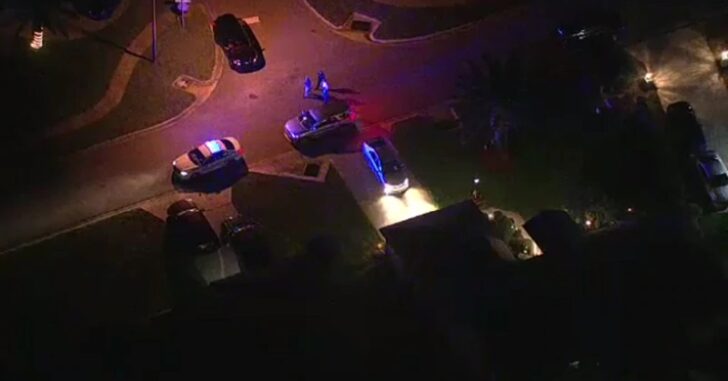 VOLUSIA COUNTY, FLORIDA — The “Florida Man” joke exists because crazy things seem to happen in Florida. Usually we can all have a laugh about these crazy things, but this story is not a laughing matter.

A man said he was in shock after fatally shooting his son during a fight at the family’s home in DeBary, according to a 911 call released by the Volusia County Sheriff’s Office.

Deputies said Joseph Johnson, 62, had been arguing with his son, 32-year-old Cory Johnson, hours before the fatal shooting on Monday because Cory Johnson was upset that his family didn’t help him get out of jail after he was arrested on drug charges.

As we can see from the report, the son was recently in jail on drug charges. As unfortunate as it may be, it does shed some light on the type of character we are dealing with in this story. He was angry at his parents that they didn’t come and bail him out when he was recently arrested. Furthermore, he was asking to take one of the cars that they jointly owned with him. The parents, concerned about what he might do, did not want him to take the car.

The parents even called the police to try and get advice on what they should do in this situation. Sadly, things only escalated from here. The report says the son began attacking his dad. The son pushed his father to the ground and starting beating on him. Unable to get his son to stop the attack, dad grabbed his gun and shot his son.

Dad was in shock afterwards, and 911 operators told him to leave the gun in the house and wait outside for the police. His response was “Ma’am, I’m in shock right now. I don’t know what to do.”

It is easy to talk about defending yourself against a robber or home invader. As difficult as it is to pull the trigger on one of those types of people, its almost unthinkable what it must feel like to have to shoot your own child.

The police are not charging the father with any crime. Although dad may not know it now, he probably did the right thing and saved both his life and his wife’s life as well.

Previous article: Eight Years Ago She Killed A Man In Self Defense; Reflecting Back She Knows It Was The Right Thing To Do, And Is Prepared To Do It Again Next article: Armed Restaurant Employee Surprises Armed Robber, Sends Him To Hospital