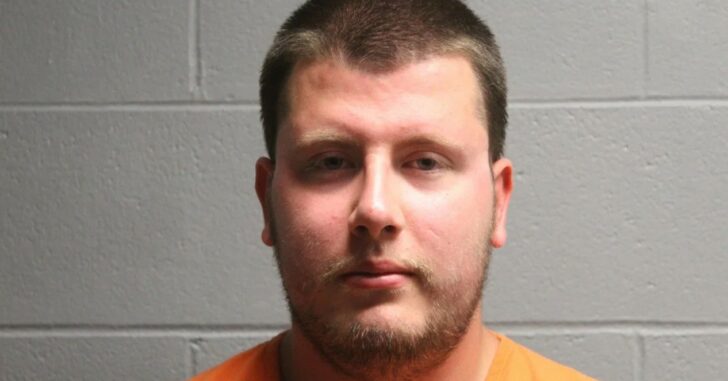 COSHOCTON COUNTY, OHIO — A 22-year-old armed with a knife, identified as Nicholas L. Hayes, didn’t get far in whatever he had planned. During his threatening of customers and employees inside a McDonald’s, an armed citizen happened to be at the right place at the right time.

Police are calling that armed citizen, 70-year-old James H. Bartlett, a hero for his quick-thinking actions.

According to a Facebook post on the Coshocton County Sheriff’s page, the sheriff’s office received a call at approximately 11:15 a.m. Saturday about a man with a knife at a local McDonald’s.

Sheriff’s determined when they arrived that Hayes was making threats while inside the restaurant.

Bartlett confronted Hayes in an attempt to protect the restaurant’s customers and employees. Bartlett, who has a concealed carry permit, drew his weapon and began to order Hayes to drop the knife, the sheriff’s office said.

According to the sheriff’s office, Hayes refused to comply and began to leave the restaurant. Bartlett pursued Hayes outside where he was able to convince Hayes to drop the knife.

Police were able to take Hayes into custody without further incident, and no one was injured.

I’m not sure where a person’s life goes so wrong that they attempt to rob a McDonald’s in the morning, but that’s where Hayes’ life has taken him. Still being young, let’s hope that he’s able to turn his life around and get on a better path.

Either way, Bartlett made the decision to involve himself, and was able to ensure that everyone went home to their families that day.

One exercise to do with a scenario like this; what would have happened if Hayes had gone after Bartlett? What if this were you? Any time that a firearm is drawn, we need to be ready to pull the trigger.

Would you be prepared to do so? If your answer is no or you’re unsure, it might be time to re-evaluate the reasons as to why you carry a firearm.

Previous article: [VIDEO] Armed Man In Line Acts Quickly When Man In Front Of Him Puts Knife To Cashier's Back Next article: [FIREARM REVIEW] Diamondback AM2 9mm