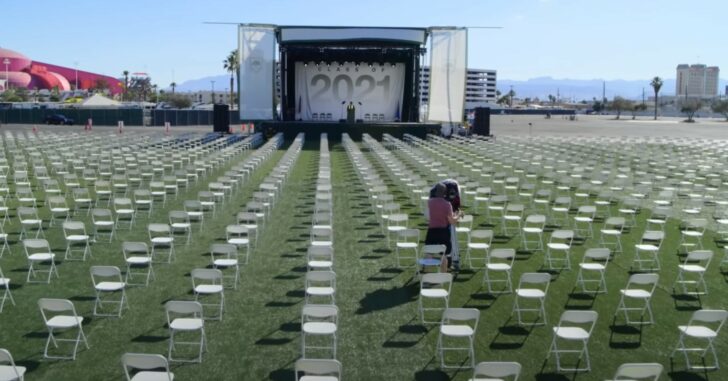 This year, 3,044 students won’t get the chance to graduate because they were killed by a gun. It’s time we pass universal background checks, so we can protect our students and make sure more of them make it to their graduation day. By donating to Change the Ref, you’re helping in the fight against the gun violence epidemic. Change the Ref uses the funds raised to keep applying pressure to our politicians and policymakers through creativity, creating more campaigns like The Lost Class. Together, we can change the perception of guns in America and inspire change that will keep the futures of our students safe from guns.

That’s the video caption that accompanies a new campaign put out by Change the Ref, a non-profit determined to help pass universal background checks and other gun control measures.

They released three videos, two of which headline pro-gun community members. The organization used deception in order to invite the speakers, who were unaware of what their participation would actually be used for.

The first video features NRA board member David Keene, who was also NRA president from 2011 to 2013.

This isn’t the first time that something like this has happened, and it won’t be the last. Regardless, I still have a hard time figuring out their message. Universal background checks would not have saved any of the lives in the Parkland shooting. The people behind Change the Ref, Patricia and Manuel Oliver, lost their son Joaquin in that shooting. While I absolutely am heartbroken for them, their goals won’t prevent the next mass shooting.

The suspect in the Parkland shooting bought his gun legally. He passed a background check. The true missing part is mental health. Why is the focus never on that?

Previous article: “911 – We’re Dispatching a Researcher, Social Worker and Nurse to Your Location” - Don’t Laugh…What Once Was a Joke is Now a Shocking Reality Next article: Police Release Video Of Suspect Who Was Shot By Armed Citizen, Stopping Potential Mass Shooting, Fatal Error Also Identified