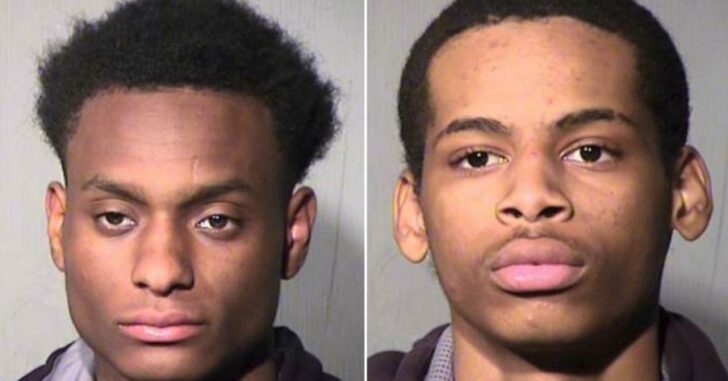 GOODYEAR, ARIZONA — Two teen suspects were arrested for attempted burglary, among other charges, after an armed citizen caught them in the act and was able to hold them at gunpoint until police could take over.

The suspects, Marcus James Edmonds, and D’ Andre Terrell Whitehead, both 18, were reportedly seen in the backyard of a home near the garage side access door.

Police say the door had pry marks on it. The suspects arrived in the area in a vehicle that was reported stolen out of Buckeye.

The teens were caught about a half-mile away by an armed citizen, who held them for police.

Most cases show us that these teen troublemakers end up returning to their lives of crime after being released from jail, but there are of course moments when they switch up their lives and walk a straight path.

Let’s hope it’s the latter for these teens, and hope that they learned their lesson.