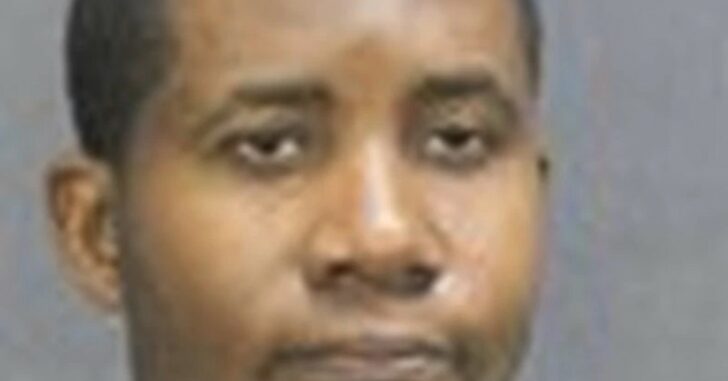 FORT LAUDERDALE, FLORIDA — A janitor employed at the airport had brought a handgun and ammunition to work with him, which his attorney says was by mistake. He then panicked, and stashed it all in the ceiling inside the terminal before taking a flight to Haiti. His plan was to deal with it when he returned, according to his attorney.

Mikenson Regis, 27, had brought the firearm with him through security, but was able to go through undetected because employees are only subject to random searches.

Federal agents arrested Regis when he arrived back at the airport from his trip.

The firearm and ammunition were found inside a bag by a construction worker, who had to removed the ceiling tile to check on some plumbing.

An attorney for Regis said his client wasn’t planning anything nefarious, but panicked after realizing he brought the gun to the airport during his overnight shift, in luggage he had with him for a morning flight to Haiti.

“Essentially what happened was no different than having someone go to the airport who doesn’t know he has a prohibited item in his bag,” attorney Jennito Simon said. “He panicked and thought the best thing to do was hide it and deal with it when he came back.”

His fate is up in the air, and I won’t make any speculations as to whether or not this was an innocent mistake, but we do have to touch on the important thing here;

Always know where your firearm is, and always know what’s inside your bags when you’re traveling to the airport.

Many many times each year, we hear about gun owners being arrested at the security checkpoints because they forgot, or did not know, that their firearm was inside a bag that they’re trying to bring as carry-on. Most are honest mistakes, but that doesn’t excuse the negligence.

As responsible gun owners, we’d better be damn sure that we’re not about to walk through TSA security with a firearm. That’s just common sense.

Check your bags, double check them, and always know where your firearms and ammunition are located.

Previous article: Homeowner Behind Bars After Killing Two Intruders, Because He Used Gun Not Registered To Him Next article: UPDATE: Mass Shooting in Virginia Beach leaves 12 Dead, 4 Injured; Suspect Shot And Killed By Police