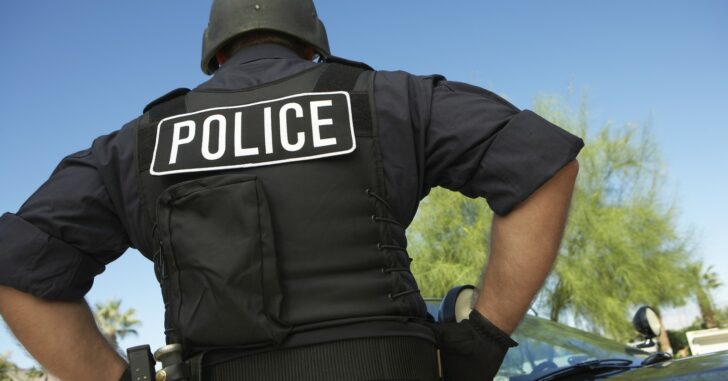 Last week, I shared a post by a former Alabama police officer-turned-lawyer turned prosecutor on how to react if police show up at your home with a red flag order. Just the thought of police showing up to take your guns stirred a lot of emotions in comments. Understandably so. But between the author’s recommendations and some in comments, prudent people can prepare.

Who needs to think about red flag confiscation orders? If you live in one of those states with red flag laws (WA, OR, CA, IL, IN, NY, NJ, MD, FL, RI, VT, CT, DE, MA), and now Colorado, cops could show up unannounced at your home with a court order to take your guns.

It couldn’t happen to you?

How is your home life with your significant other? Do you have any current or former disgruntled business partners or employers/employees? Have any issues with parents, children or other relatives?  How do you get along with the in-laws? The neighbors? Co-workers? Ex-girlfriends/boyfriends? Had any bad Tinder (or Grindr) dates?

If you’re like most folks, you’ve angered someone at some point in your life who might file a complaint to get even. Especially if they know you embrace America’s gun culture.

Here in Illinois, just two weeks ago, someone approached me at a Guns Save Life meeting about his friend who was served with a red flag order a few days before. Seems the spousal unit went to the courthouse in a fit of anger one morning. Hours later, cops showed up to collect the other half’s guns.

Fortunately for the friend, he’d sensed the crazy brewing and had already taken his guns over to his sister’s house.

In this case, the gun owner was lucky and moved his guns out preemptively. While he thwarted his soon-to-be ex-wife partially, he still now faces the task of hiring an attorney and missing work to attend a court date to argue for getting his gun rights restored.

What can you do to prepare for a “surprise” visit from police with a red flag order in hand?

If you sense a spike in drama on the home front — such as a divorce or child custody dispute — you can preemptively re-locate at least some of your firearms (and maybe ammo and magazines as well) at a trusted friend’s or relative’s place. I’ve done this for friends. And nearly a decade ago, when I was getting divorced, some friends it did for me.

Even without drama, don’t keep all your eggs in one basket. Do you have an extra defensive pistol, shotgun and/or carbine or three? Store them at a trusted friend or relative’s house. It’s a good hedge against fire or theft in addition to domestic disputes.

Be sure to keep this cache between you, the guy upstairs and your trusted friend or relative.

Along the same lines, PVC pipe and PVC glue at the local hardware store doesn’t cost much. And everyone has a shovel. Springtime is here. The coming weeks will make a fine time to plant some flowers outside your house.

Just be sure to check your local laws in terms of compliance with a court order and continued possession in violation of a court order.

While a number of readers posted some good comments, two in particular stood out to me.

John in Ohio shared this:

Years ago, it was not uncommon for us friends to loan to each other at least one long gun and perhaps a handgun; with ammunition, magazines, etc. They were in cases, go bags, or boxes which the person never touched or opened.

It wasn’t unheard of that the property was stored in a location that the owner of the firearms had access to without outside assistance. Barns, workshops, sheds, storage facilities, and other such places were utilized. Many of my friends knew where the keys to the barns, workshop, and vehicles were kept on our farm so they could access these places and use the vehicles in a time of great need or urgency.

Perhaps it’s past time for some to think about these contingency plans.

And Porkchop wrote this:

If they have a “red flag” order to seize the firearms, they already have the authority to search for them. Unless you want your entire dwelling turned upside down, you might as well let them know where the firearms are stored. Depending on the officers involved, I suppose that could happen anyway, but why give them an excuse?

Another thing to consider is that your actions and attitude during the seizure might be used as evidence during the hearing that will ultimately take place. If you go off on a rant about “that bitch” or otherwise lose your temper, you just give the petitioner more evidence to put before the judge to support the argument that you are too dangerous and unstable to have a firearm.

If I were to represent a client (yes, I’m a lawyer) in a proceeding following such a seizure, my ideal witness would be a cop who testified that he served the order on my client, that my client was calm, polite, and cooperative at all times, and that the only request that he made was that he be allowed to call his lawyer.

I would also like to hear him say that the client seemed surprised, but made no effort to find out the source of the information that led to the order. That’s my job. Asking, “Who did this to me?” or “Did Mary put you up to this?” just feeds the narrative that you have a beef with Mary, and maybe, just maybe, Mary might be right to fear you.

In addition, you have just given the officer an excuse to ask, “So what’s the problem with Mary?” He can write your answer in his report, and it is admissible in evidence; but if you say something different in court, that original answer may come back to bite you.

In short, when you are in a deep hole, stop digging. Just shut up, do what the officer says, and let us sort it out in court. You may lose, but at least you will not have made it easier for the other side to prove its case.

Some things you won’t be able to do

If you are served with a red flag order, you will not be able to purchase firearms. Not only would lying on a 4473 expose you to federal and probably state charges, but the NICS check would probably block the sale even if you did  misrepresent your status.

Another thing not to do: refuse to allow cops entry into your home if they show up on the doorstep with that court order. They have the right to enter and the will do it. If you resist, they will use force.  Up to and including deadly force.

You won’t get your guns back if you’re dead.

Even if you’re sure you’re in the right and the order is frivolous or maliciously-inspired, you won’t win that debate with the police officers standing on your doorstep. They are coming in and they will be taking your firearms. You won’t be helping your chances of getting your guns back at a later date giving law enforcement a hard time.

Best advice: bite your tongue. As Porkchop wrote above, the best course of action may be to help the officers collect the guns in an effort to expedite their mission and get them out of your home as soon as possible. If you don’t assist them, they may end up crawling around in your attic, poking around in your basement – or worse.

At that point, you will need to retain a lawyer to represent you at the formal hearing that will take place in about 10 days or so.

Perhaps the best way to protect yourself from these gun seizure comes by buying a little peace of mind.  While you will lose the battle on the day the cops show up with a Red Flag, knowing you won’t have to spend a bunch of money on an attorney to win the war will help you stay calm as cops carry away your shotguns, rifles and handguns.

Some gun owners insurance programs such as US Law Shield will represent its clients in red flag hearings. I signed up for the US Law Shield for just that reason. It’s about $130 for a year’s basic coverage.

I consider it money well spent, especially given how I tend to anger people with some regularity in my jobs.