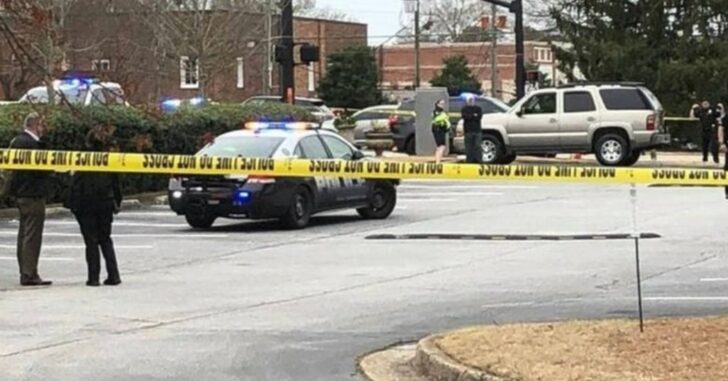 ALPHARETTA, GEORGIA — A man is in custody after he shot and killed his on-again off-again girlfriend in a bank parking lot, and he was not able to continue any devastation due to the fact that an armed citizen made the decision to intervene.

Police said they received a 911 call around 11:40 a.m. about a possible shooting at the bank at 21 North Main Street, WSB-TV reported. When they arrived, Tynesha Evans, 45 of Alpharetta, was shot in the parking lot. She later died at North Fulton Regional Hospital.

An armed witness was driving by the bank when he heard the shot, got out to help, confronted the suspect, ordered the suspect to drop his weapon, and waited until officers arrived. A semi-automatic handgun was recovered at the scene.

When police arrived, they found the suspect being held at gunpoint by the armed citizen. That armed citizen listened to police commands when they arrived, and the incident ended without any additional problems.

The department also said to keep in mind that if you intervene in a similar situation, once uniformed officers arrive, put your weapon down and comply with them until they have things under control. They no issues with that during this incident, but they said it was a good time for a reminder.

It is sad to hear that this woman lost her life due to an angry man, and we hope that her family is able to find peace.

This incident, like thousands of others, is a reason why we promote the responsible gun owner mentality. Arm yourself, get training, be prepared, and refuse to be a victim.