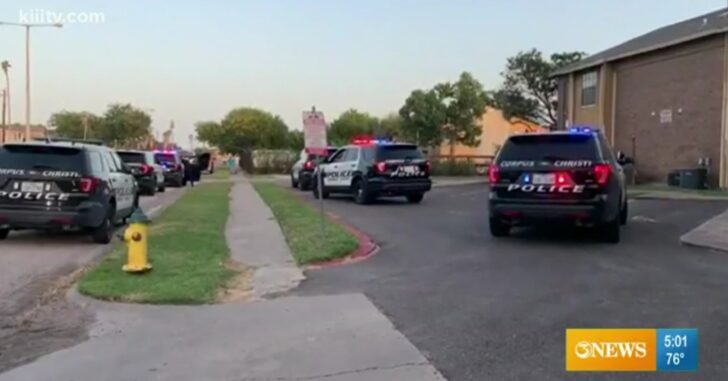 CORPUS CHRISTI, TEXAS – A man was shot by someone who he had arranged a meeting with online to sell shoes. CCPD officers were called to an apartment complex on Caravelle Parkway near Weber Road just before 7 p.m. Sunday. On arrival, they found a male suffering a gunshot wound to the arm that was believed to be non-life-threatening.

Police say that the victim, alone with his wife and child, went to the complex to meet someone that he had communicated with online about selling shoes when he was shot by the supposed buyer. The victim was also armed and did return fire, but the suspect was able to flee the scene. It is not known if he was hit by return fire or not and police do not have a description of the suspect.

Commenting on the incident, Lieutenant Philip Bintliff said, “My advice is if you attempt to sell any property or item that you have on Facebook or a Marketplace, make sure you go to an open place like an HEB or something where there is a lot of people around.”

Previous article: Convicted Felon Facing Over a Dozen Felony Charges Following Two Armed Robberies Next article: Two Very Serious Scenarios That Show Us How Important It Is To De-Escalate Situations