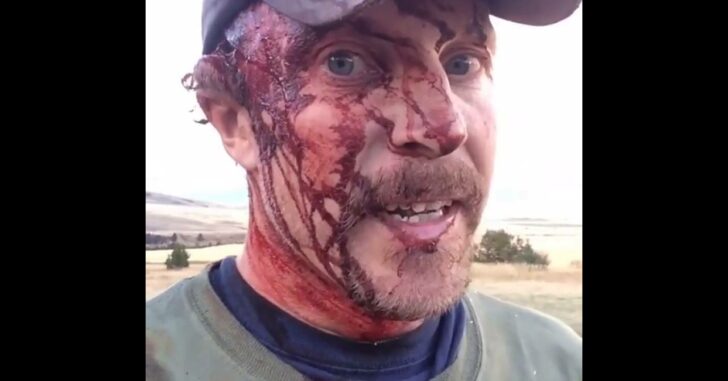 Todd Orr was out on a hike in Montana early Saturday morning when he found himself faced with a mother Grizzly bear and her two cubs. That’s not an encounter that anyone wants to find themselves in.

Via Facebook, Orr shares his story, which we have embedded below. If you give it a read, he mentions the part where he reaches for his pistol. While he did in fact reach for it, he wasn’t able to get his hands on it. That’s because it was laying on the ground, about five feet from where the attack was taking place.

Orr was smart for carrying his firearm while out on his hike, but it still didn’t do him any good. From the story, we learn that his bear spray didn’t have the intended effect, either. The thing that saved his life; the grizzly decided to walk away on her own.

Orr’s pistol was located, seemingly, in a shoulder holster. During the attack, the holster and firearm were ripped from his body. Would IWB have been better? Who knows. What we do know, however, is that the attack seemed to have happened so quickly that Orr was unable to reach for his pistol at the beginning.

And things happen just that quickly. Many stitches and other hospital work later, Orr sure is lucky to be alive after an attack like this. We’ll follow his facebook page for any updates.