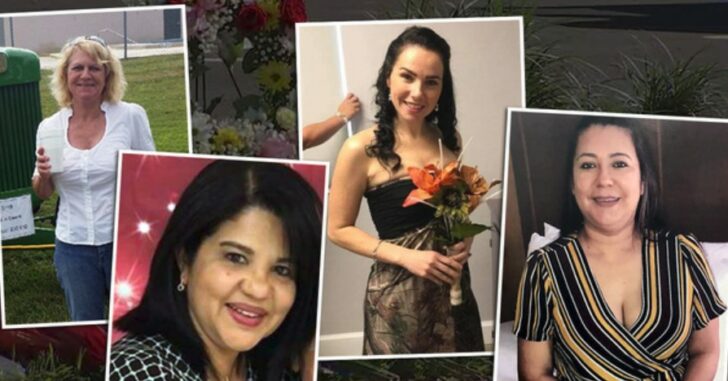 While at SHOT Show, the latest mass shooting took place in my sister’s town of Sebring, Florida. With the business of SHOT, I was unaware of the recent news stories. It wasn’t until my sister sent me a text that I had any idea about what had happened.

When I saw the text, it was about 5 or 6 hours after the shooting occurred. I happened to read it just a few minutes before meeting up with Dan Zimmerman from The Truth About Guns. He walked up and said hello, and I immediately said “Did you hear about the shooting in Florida today?”

He was just like me, without a clue because he had just finished up on the SHOT Show floor for the day.

I didn’t need to confirm that my sister was alright, since she was the one who told me about it. But in a town of 10,000 people, and considering the fact that it happened at a bank that she frequents, I would have been furious to reach her if I had heard it from any other source.

I read through some news articles when Dan and I first sat down to chat, and the initial reports held their truth days after the shooting. The facts of importance for this article:

What I’m about to say is sad, but it’s reality. When gathering for an event, such as the event being held in Vegas during the worst mass shooting in US history, or when gathering on Sunday for church, these events can be targeted purposely by people who choose to do mass harm. We expect, today, that there may be additional security in these locations. This additional security isn’t necessarily because of the fear of a mass shooting, but it’s among the list of possibilities.

With this shooting, however, it opened up a very terrifying image of what normal day-to-day life can turn into.

When you think of bad things happening at a bank, I’d imagine that a bank robbery would be number 1 on the list. During bank robberies, the robber(s) is/are usually in and out without injuring anyone.

But this. This wasn’t a bank robbery. It was a bank, sure. But instead of the goal of getting out with money, his goal was to murder everyone.

And he had no ties to anyone inside. Police have found no motive and believe that the act was random.

The suspect was captured alive after a stand-off with police, and he’s a 21-year-old who had signs of mental health issues in the years prior to the incident. Sound familiar?

We’re always looking for a solution. Whether the remedy proposed is gun control, better mental health care, or an array of other topics, we’re never going to have a true solution.

While we’re working on the most important problem, and in my mind that’s a neglected mental health system, we should be considering additional steps to ensuring our own safety.

Most of you reading this have already done so, because you train with a firearm and you carry that firearm for self-defensive purposes.

But what about everyone else? I’m not saying that everyone is fit to carry a gun –because they’re not– but in a state such as Florida, you’d expect a large percentage of people to be carrying.

If that’s the case, we have roughly a 33% chance of someone inside the branch having a permit to carry a firearm.

Even if someone inside the branch, an employee, did have a concealed carry permit, it’s not likely that they would bring their firearm to work. Nearly every bank, if not all, has a policy that excludes employees from carrying at work. It’s immediate termination if you’re caught, I would suspect.

And they’re not banning employee carry because they hate the 2nd Amendment. They’re banning it because they fear something could go terribly wrong during a bank robbery. Liability is the first thing that comes to mind.

But what if an employer such as SunTrust, the bank where this incident took place, had a policy in place that would allow an employee to carry at work with no fear of losing their job? Think along the same lines of armed faculty inside a school, but with additional training that would enable someone to carry in both scenarios.

Or, of course, a bank employee could carry their firearm and just keep their mouth shut. Depending on your state, this could either be legal or illegal.

I worked at a bank (well, a credit union) for about 6 years. This was before my time of carrying firearms. If I did have my permit at the time, however, I’d have it with me at work and keep it on the down-low. It’s no different with any other location that I find myself in now. I carry, and keep quiet.

Bank employees always have that fear in the back of their minds that a robbery could occur on any given day at any given time, but to have someone walk in for the sole reason of murder is a whole other story.

As a bank employee, you know that the majority of robberies end peacefully. But as a human in the world in which we now live, we should know that anything can happen at any time, and for us to not be prepared for that is not fair to anyone or anything.

Gun owners everywhere should be talking about this with people who carry, and of course those who do not. It is the responsibility of no one other than ourselves to ensure that we are properly prepared for something like this.

When this discussion occurs, it should never be fear-inducing. Carrying a gun is not a scary thing, and I see it no different than carrying a pocket knife. It’s simply another tool at our disposal for things that could happen throughout our otherwise normal day.

Carrying a gun is not scary, but life sure can be at times.

We never know when the next mass shooting will take place and we know that the likelihood of being involved in such an event is slim, but tell that to the 10,000 citizens of Sebring, Florida.

Then, if you don’t already carry a firearm, does this change your mind?