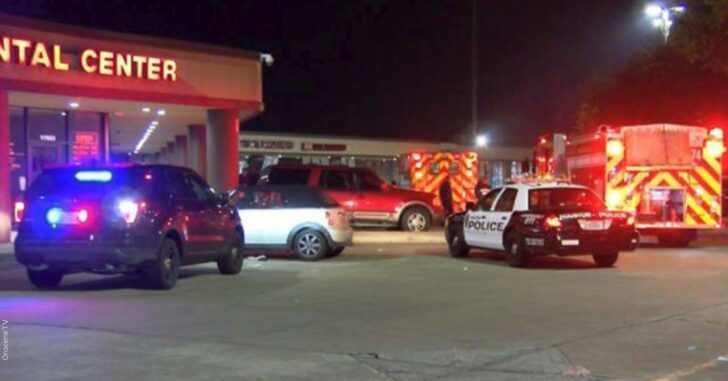 HOUSTON, TEXAS — The details surrounding this incident are slim at best, but what we do know –and what we’re taking away from this– is that an armed man was disarmed by a robber and then shot at point-blank range.

Which leads us to the very important topic of; Maintaining control over your firearm is an essential part of any self-defense situation.

Houston police said the man was collecting money for a concert he was hosting inside the barbershop when he was approached by another man trying to rob him. Police said the robber somehow disarmed the man, fatally shot him at point-blank range and fled the scene.

We don’t know if the victim was a concealed carrier, and we don’t even know if the robber –now murderer– left with the firearm in-hand.

What we do know: This man was successfully disarmed by the bad guy, and that’s a tough thing to see. It’s a fear of every armed citizen. What if the bad guy gains control over your firearm? Before you keyboard warriors chime in and say it’ll never happen to you, you’re dead wrong. If you carry a gun, you bet your a$$ it can happen to you.

We always want to keep distance between ourselves and the threat, but distance isn’t always available. Any number of scenarios could play out, and let’s just take one as an example of what could have happened in this specific case:

You can add any combination of things to the above, but reality is that every situation is going to be different, and split-second decisions are crucial.

One of the most important things to remember when carrying a gun: Where are you located? If you’re in front of a barbershop, don’t have your back against a wall. Give yourself space behind you so that you have that area to retreat to, even if it gives you a few extra feet between yourself and the threat.

Again, we could play through scenarios for days. The takeaways are clear.

Allow yourself space in whatever environment you’re in.

Maintain control over your firearm at all costs.

Practice scenarios at the range, and even at home (with your firearm unloaded).

Stay safe out there.

Previous article: [WARNING: GRAPHIC] Man Trying To Protect Women Dies From Kick To Head Next article: COMPARISON: The New GLOCK 48 vs The GLOCK 19