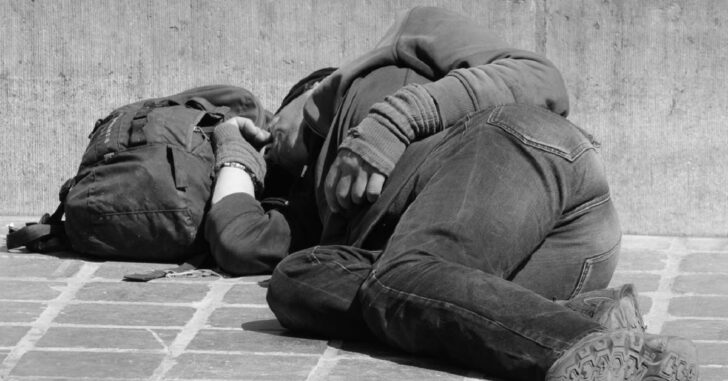 SAN ANTONIO, TX — A man in San Antonio was shot by the owner of the business outside of which he was sleeping, Fox 29 reports.

The man was asked by the owners of the establishment to leave — he had a better idea in mind.

Namely, he provoked a fight serious enough that he got shot and easily could have been killed.

A homeless person was shot early Saturday morning after an argument with business owners.

Authorities were called to the 700 block of San Fernando at about 6 a.m. for reports of a shooting. Police said a homeless person was sleeping outside a business when the owners arrived and woke up him. The homeless person and the two owners fought, ending when one of the owners fired a single shot to the homeless person’s leg, police said. He was taken to San Antonio Military Medical Center in stable condition.

The two owners were questioned by police, though no charges have been filed.

If you have a vagrancy problem, and you’re concerned that if you confront the issue head-on you’ll be put in a violent situation, you’re probably better off just giving the police a call. That is, of course, if there’s not a present threat.

That being said, as someone who used to work for a business in a town where this was a daily reality, I can vouch for the business owners in saying that this is rarely the outcome of an incident like this — their predicting this shooting just wasn’t really on the table.

Hopefully this vagrant can get back on his feet without provoking any more violence.

Previous article: Why People Argue So Much About 9mm vs 45ACP Next article: Armed Citizen Intervention in Robbery Results in 2 Dead, Robber Not One of Them