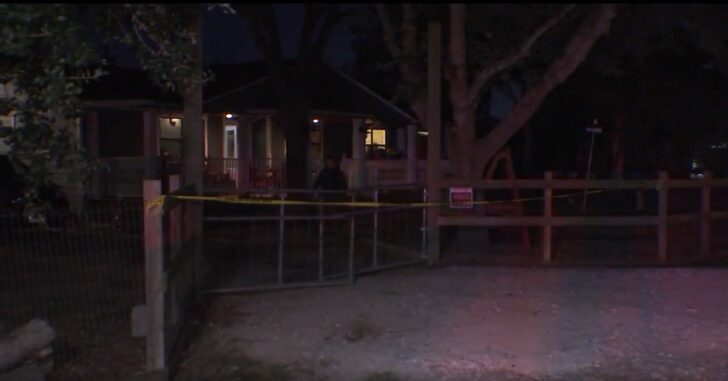 FRESNO, TX — When a would-be burglar kicked in the door of a family home in Fresno, Texas, he likely wasn’t expecting to meet much resistance.

If he didn’t want resistance, however, he probably shouldn’t have picked the home of a responsibly-armed citizen who recognized that he needed to act to protect his family.

According to authorities, the homeowner called them around 4 a.m. Wednesday to report that someone was inside his house in the 4100 block of Emerald near W Palm St. The homeowner’s brother, who lives next door, tells Eyewitness News, a man kicked down the front door of his brother’s home.

The suspect then yelled that someone was trying to get him. The homeowner shot the suspect twice, hitting him in the arm and leg, after pleading with him to leave his home, the Fort Bend County Sheriff’s Office said. The suspect is expected to be okay. Deputies say the family, which includes two young children, woke up to the sound of the suspect crashing through the front door. He also got close to the kids’ rooms.

The homeowner’s wife grabbed the children and took them into the master bedroom. The family was not hurt. The homeowner says he does not know the suspect, who appears to have walked to the house. The suspect is in custody. His name has not yet been released.

The homeowner isn’t facing any charges.

This is, by the way, pretty nearly a textbook case on how to lock a family down in time of crisis.

Get your family into one location, away from potential conflict, if at all possible. Make sure that someone is there to look after anyone unable to look after themselves. Attempt to de-escalate the situation. Act decisively when you hit a critical moment.

What’s more, the suspect even survived to get some much-needed help, which makes us all look good.

Keep this in mind, and stay safe out there, folks.

Previous article: Layover In Washington DC; Concern About Checked Pistol Next article: Man Fires At Ghost After It Broke Into His Home