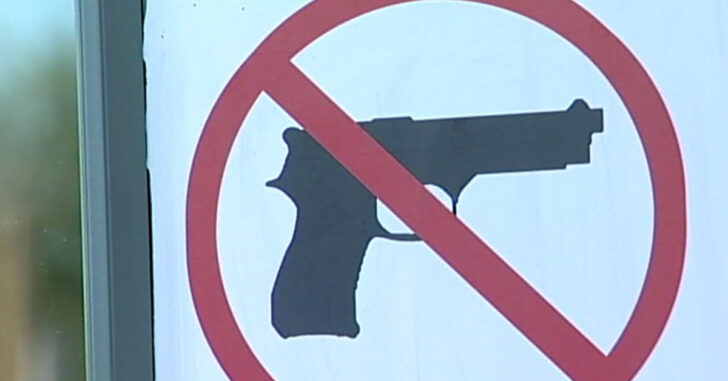 TOPEKA, KANSAS — Opponents of a concealed carry at Kansas hospitals and universities hoped to force a debate on the issue April 4, but failed to make it happen.

The Associated Press via KSN reports that the House voted 44 to 81 against having a debate on whether or not concealed carry should be permitted in hospitals and universities, leaving concealed carry opponents out to dry, as it were.

In 2013, a law was passed in the state that required public buildings to permit concealed carry, reports a second story by KSN. Although that was four years ago, the law permitted a grace period — time to adjust to the new law.

That grace period runs out on July 1 of this year.

So unless something changes between now and then, universities and hospitals in Kansas will be compelled to permit concealed carriers on premises.

According to KSN, “Minority Leader Democrat Rep. Jim Ward favored the debate on Tuesday, but Republican Majority Leader Rep. Don Hineman says he wants to wait to debate until hospital and gun rights groups can come to a compromise,” assumedly trying to reach a compromise outside of formal legislation.

It is unsure what kind of compromise this would mean — this seems like a slam-dunk for concealed carriers. It is likely that the general public will have to wait and see.

In the mean time, I need to move to Kansas. That’s a whole lot of freedom, right there.