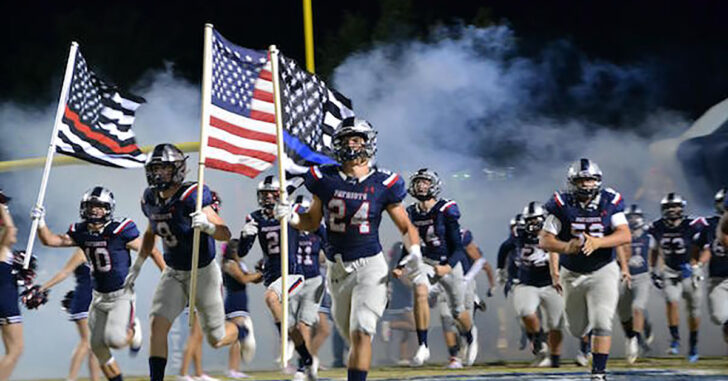 “Gov. Jerry Brown signed a law Saturday that will remove the rights of school administrators to decide whether employees with concealed weapon permits can bring guns on campus,” latimes.com reports. “State law already prohibited civilians who are not school workers from bringing firearms onto campuses, but a change in the law last year gave school district superintendents power to decide if employees could bring concealed weapons onto campuses.”

Five California school districts — including the Kingsburg Joint Union and Kern school districts — have begun to issue authorizations for some school employees to bring guns on campuses, McCarty said. He said it has increased the chance of school shootings.

“A safe learning environment is essential for our children to be successful in the classroom,” McCarty said. “That’s not possible if a school district allows armed civilians to roam California school campuses.”

Armed civilians roaming school campuses? I think he meant to say background-checked school administrators going about their work, prepared and determined to protect their students by force of arms.

Educators who now must either break the law and risk losing their job and career, or disarm and re-open the possibility of an school shooter killing and maiming students, with no chance of immediate ballistic intervention.

And if there’s a school shooting in California — especially one in a school where staff have been disarmed by this law — remember this day and these legislators. Even absent that, shame on them all.

Previous article: FOLLOW UP: Woman Who Thwarted Kidnapping Reveals Gun Used, And Incident Details Next article: 81-Year-Old Shoots Attempted Burglar With .22 Pistol, And It's Enough To Send Him Running