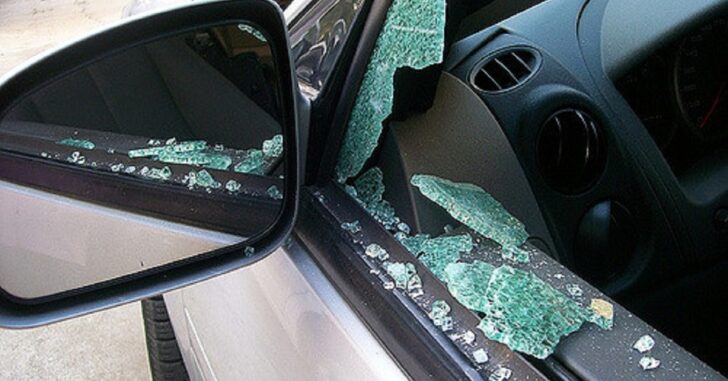 INDIANAPOLIS, IN — A woman is currently in jail after she loaded up on booze an decided to settle the score with some relatives, Fox 59 reports.

She couldn’t just yell a few mean words or even smack her good-for-nothing cousin, either — she had to try to kill not one, not two, but three of her relatives.

According to the Indianapolis Metropolitan Police Department, a woman behind the wheel of a vehicle intentionally struck two people near 30th Street and Winton Avenue Thursday morning. This started at a family gathering that lasted into the early morning hours. Around 5:20 a.m., a fight broke out. The woman, who police said was intoxicated, then tried to hit a third person. That individual managed to avoid the car, but he slipped and fell. He then opened fire on the vehicle, telling police he feared for his life.

The shots hit the vehicle but no one else was hit. Police found the driver down the street at a local bar and detained her after they said she ran from the scene. The man who fired the shots was being questioned, police said, but wasn’t under arrest. He is cooperating with the investigation; police said it’s unlikely he’ll face charges because the shooting appears to be self-defense.

The two individuals who were struck by the vehicle suffered minor injuries, police said.

So, a couple of things, here.

First of all, I don’t know how far gone you have to be to have a car and your intended victims right in front of you and just barely injure the people you’re trying to hurt. Don’t get me wrong — I’m thrilled for them, but come on. She was driving a car.

Secondly, this report seems to imply that the third intended victim first avoided the vehicle, then fired after slipping, maybe out of a concern that she’d wheel around. If that’s the case, he better be thrilled he’s being credited with self-defense. Although the weaponization of a car is hardly common, I can imagine that someone could easily lodge the argument that the threat had already passed — literally, in this case.

It’d be ridiculous, but we have certainly seen worse. Hopefully, this wayward driver will have the chance to regain her reason — she’s only been charged with reckless driving and operating while intoxicated.