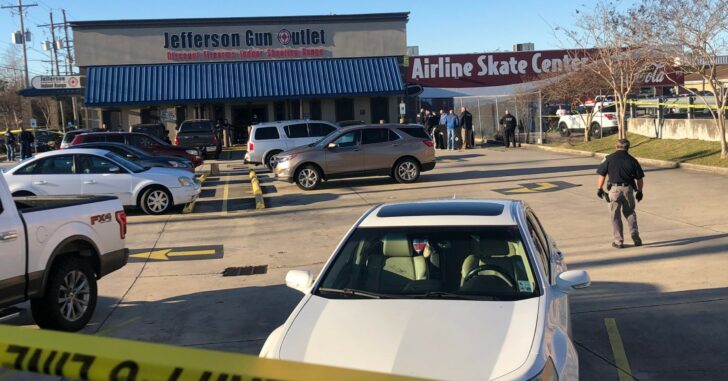 METARIE, LOUISIANA — A mass shooting inside a gun shop has left multiple people dead, and others wounded. The incident apparently happened after a customer got into an argument with a clerk at the shop.

A man got into an argument with a clerk, who said he should not have an unholstered and loaded gun until he entered the store’s range area, reports WSDU.

JPSO saying multiple people were shot… at least are 3 dead at this point.
Officials will soon hold a press conference here outside of the outlet.
Stay with @wdsu for the latest on this investigation. pic.twitter.com/4BN2BKTs5C

“It appears a suspect shot two victims inside the location, then was engaged and shot outside the location by multiple other individuals,” said Captain Jason Rivarde, a sheriff’s office spokesperson. “The suspect is one of the deceased on scene.”

At least two customers at the range became involved in the incident, firing at the suspect.

The injured parties were taken to the hospital where they are said to be in stable condition.