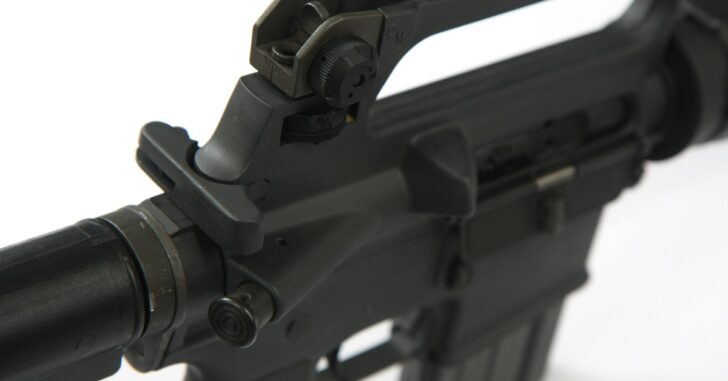 BROKEN ARROW, OK — Three would-be robbers were shot and killed last Monday not by an armed homeowner, but the homeowner’s son armed with an AR-15, the New York Post reports.

When the trio forced their way into the homeowner’s Broken Arrow residence in hopes of making some easy money, it was the last mistake any of them would make. The homeowner’s son leaped to action in self-defense, and not only neutralized all three threats to his life and the life of the other resident inside, he did so without so much as a scratch.

Wagoner County sheriff’s deputies were called to the home in Broken Arrow, southeast of Tulsa, around 12:30 p.m. local time. When they arrived, they found the three dead suspects and two uninjured residents. Sheriff’s spokesman Deputy Nick Mahoney said the suspects entered the home through a glass back door with the intent to burglarize it. It was not immediately clear why they picked that home.

Why do we need standard capacity magazines for rifles intended for home defense? I think, at this point, the answer is apparent. At the end of the day, having such magazines available helps the good guys and doesn’t matter at all to the bad guys.

Those defending themselves need the availability of such magazines to best defend themselves, when time counts. However, a shooter like the one in Parkland, Florida, carried out his attack with 10-round magazines, according to the National Review. Banning magazines of a certain size wouldn’t have made a lick of difference.

To speak frankly, engaging unarmed victims in gun-free areas requires far less speed than defending a home against multiple assailants. When those with an improper understanding of firearms attempts to muck with the legality of magazine capacity, they’re doing more harm than good.

I’m sure I don’t need to tell you — don’t forget to keep this in mind when election seasons come ’round.