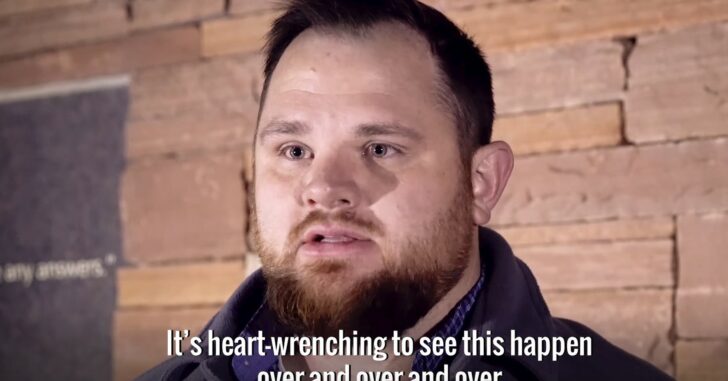 Nearly two decades after one of the worst school shootings in history, Evan Todd speaks out about his support for armed teachers inside America’s schools. Todd was shot during the Columbine massacre but survived after his life was spared by the gunmen. The shooting happened at Columbine High School in Littleton, Colorado, and 13 people lost their lives that day at the hands of two armed students.

“After a while they came back around to where I was at, and put guns to my head and asked, ‘Why shouldn’t we kill you?’” Todd recalled to The Daily Signal. “I told them, ‘I’ve been good to you and everyone in this school and you know it.’ Their facial expressions changed and they lowered their guns. They looked at each other and one of them said to the other, ‘You can kill him if you want.’ … That’s when I got out and that’s when everyone that could still, that was alive, got out.”

Todd has been struggling with this horrific event for 19 years, and has come to the conclusion that armed resistance inside of schools would, at the very least, slow down any gunman looking to do harm.

It has become obvious to me that had one of the teachers had [a] firearm on them that day, the attack would have been cut short.

We couldn’t agree more, and hope that many will hear a survivor’s message and take notice.

“The first thing we need to do is to protect our children. I think if we start actually defending our schools and defending and protecting our children then these won’t happen as often because they’ll be stopped before too many are murdered,” Todd said. “It’ll also send a message to anyone else that you will be faced down. It won’t be a unilateral gun fight anymore.”

Todd still lives in the area where the events unfolded, and is now married. The couple welcomed their first child into the world recently. With this new life, Todd says that he will not send his child to a school that is not prepared for something similar to what happened at Columbine High School.

Arming teachers and other faculty is obviously a heated debate, but some progress is being made. In Florida, for example, the Governor signed a bill that allows school districts to make the decision whether or not to allow armed faculty. If it is allowed, the faculty who want to carry a firearm will need to go through training and complete other steps before being allowed to do so. It’s a step in the right direction. Todd has lived the nightmare and knows that trying to hid is simply not enough. He also knows that an armed bad guy, when faced with an armed good guy, will change the direction they are taking once they meet that armed resistance. In the Columbine massacre, the two gunmen took their own lives. They were determined to die that day and had they been met with resistance from inside, their lives would have been cut short at an earlier point, likely at their own hands.
Category: General