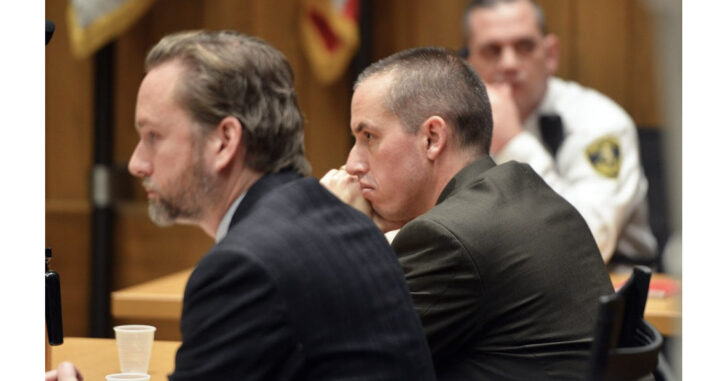 Jeffrey Lovell of Chicopee, Massachusetts is counting his lucky stars today. In 2016, he shot and killed a teenager he believed to be an intruder, and was tried for manslaughters. Last week, he was found not guilty. But the circumstances of the shooting provide a pretty good lesson for home owners, demsonqrating that what you do — or don’t do — during a similar situation could put you in serious legal jeopardy.

Fifteen-year-old Dylan Francisco, who had been drinking, had gone to Lovell’s home just after midnight with two others, thinking it was the home of a friend.

Lovell said although he only saw one person — Francisco — walk from his yard to the side door of his home. His wife had told him three people were trying to get in their house.

Lovell kept a pistol in a safe by the side of his bed.

…he got his gun and walked to the side door, and when the glass in the top portion of the door broke from Francisco pounding on it from the outside, he shot Francisco. …

Lovell said his thought was “if they get in” he can’t control what happens. His gun could be taken from him, he said.

But Lovell made no attempt to warn Francisco off.

When Assistant District Attorney Karen J. Bell began cross-examining Lovell, he said he did not tell the person at the door to go away or tell him he was calling police or that he had a gun and was ready to use it.

And that was probably the action — or inaction — that resulted in Lovell being charged with a crime despite a reasonable fear that his home was being invaded. Lovell testified without much obvious emotion until he talked about protecting his two daughters, when he started to wipe tears away on his face.

“All I’ve ever wanted to do is take care of them, protect them,” Lovell said, saying that is the job of a father.

His attorney argued that Lovell had a reasonable fear of imminent bodily harm or death if Francisco managed to get through the door.

Lovell did not know and had no reason to infer Francisco was at the wrong house looking for his friend.

“Your mind goes to darker places,” (Lovell’s attorney Frank) Flannery said. The implication is something bad is about to happen. “Even if it’s a mistaken belief. It’s a reasonable belief,” he said.

Flannery said the shooting is a tragedy but under the law it isn’t a crime and Lovell isn’t a criminal.