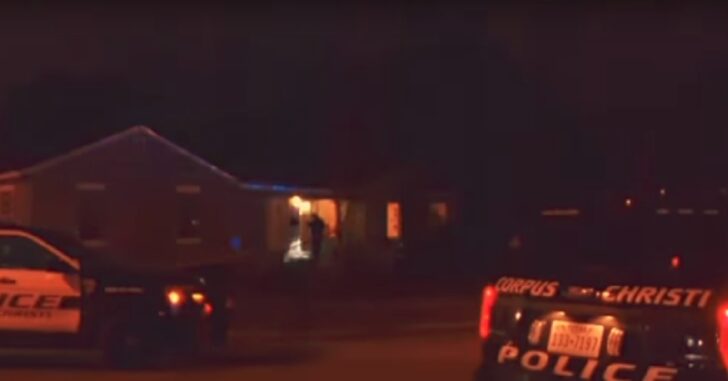 CORPUS CHRISTI, TX — A man is dead after a group of three would-be robbers were soundly beaten by the occupants of the home they tried to burglarize.

They may have sent the bad guys packing, but they were both wounded in the process.

The crime happened just after 9:30 p.m. Tuesday on the 200 block of Longview West, near Driscoll Middle School.

Officers say three men tried to rob the home. Two people were inside the home at the time and a shootout began, according to officers. It is unclear who fired the first shots. One of the men who tried to rob the home, a 27-year-old, was shot and killed. The two 23-year-old men who were inside the home were also shot but their injuries are not life-threatening, according to officers.

Officers say the remaining two men got away with some property but police aren’t saying what was taken… at least one of the three men who entered the home was known by the victims. The two men who got away with property have not yet been located at the time of writing.

It’s a tragedy that the two defenders of this home were wounded as a result of the actions of a few thugs. However, can you imagine how much worse it would be if the attackers had entered the home, occupied by two men, and there was no one inside armed and ready to defend themselves?

The good guys’ odds would be drastically lowered.

Although there are certainly many burglaries and home invasions in which the attackers are unknown to the victims, the attacks where the assailants are known to those inside would seem to be far more dangerous.

Think of it this way: if you know the assailants and they fail to hide their identities, their best bet at freedom is to eliminate you.

Not good. Thank God these two came out OK.

You can take a look at additional coverage below:

Previous article: Robber Shot By His Own Gun While Trying To Rob Ride-Share Driver Next article: Man Shoots At Vehicle Burglar, Gun Confiscated And Future Unknown