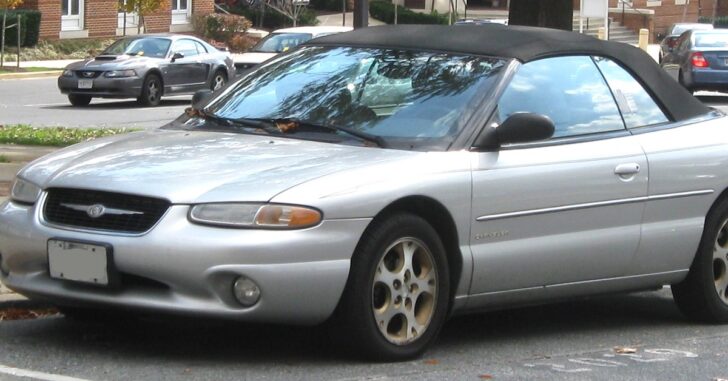 This is going to be one of two stories of the two different times that my safety has been seriously threatened so far in my life.

I’m relaying these to you in the hopes that you guys can not only get a feel of what a defensive scenario might consist of, but maybe engage the community with some of your own scenarios, as you are able.

The good news about this story is that at the end of the day, no one got hurt.

The bad news is this happened so many years ago that I didn’t have my permit yet.

I was a wee lad — 19 years old. When I was 19, I delivered pizzas for one of the local chains, whose name I will leave out of this for their sake.

My delivery area consisted of a large country suburb of a mid-sized city in North Carolina — that is to say, the job was easy, the tips were great, and the only real risk (most of the time, anyway) in what is all-too-often a dangerous job out in those parts was hitting a deer bolting out on the road.

The night in question, I was delivering a pizza to a family a fair distance from the store — about 15 minutes or so. It was (and still is, for all I know) about as far as that store delivered to. To get there largely just required one state highway.

About halfway through that ride, I noticed that a BMW X5 was on my tail — like, really close. I was driving 55 mph or so on a country road, and the car behind me was so close I couldn’t see part of it in the rear view mirror. If it needed to get past me, there was plenty of road.

I paid it no mind — anyone who drives a lot knows there are some drivers who are jerks, or just don’t know what they are doing.

Ten minutes later, however, things started to get weird. It was twilight, and the vehicle’s driver was starting to flick his high beams at me. At the time, I drove a very low-to-the-ground car, a Chrysler Sebring convertible. Brights being shined in there hurts your eyes.

OK, time to get off the road. This guy started flashing me pretty close to a turn I needed to get to, and heck — he could just be pointing out a busted headlight. Probably worth a look.

He followed me into the turn, and it was a tiny country road. There was no way he was turning there by coincidence. I decided to confirm I was being followed. On that country road I launched into a no-signal, full-speed turn onto an even smaller side road in hopes of getting him to over-shoot me.

No such luck. And I had just turned onto a very short dead-end road.

I drove to the end of the road, turned around, and gave the driver a hard look. From 50 yards or so away, I could see his face, but barely, and it revealed nothing to me. Still no idea why this guy — in a way too nice a car to be engaging in all this silliness — is following me, but he’s following me way too close to be warning me about a blinker.

He was blocking the only way back to the country road, and he started crawling his car towards mine.

So I ran for the exit.

He tried to hit me with his car as I made my gambit for the road, but he must have been intoxicated. His reaction was slow, comically slow. He really should have been able to hit me, but he just rolled at me, no brakes, no accelerator.

On the road, I had a good 5-10 seconds’ head start on the man, but he did begin to catch up. That was on me. I thought, for some reason, that he’d quit coming after me after that little dead-end showdown.

He didn’t. I sped up, trying to get away, and he kept right behind me. The road’s speed limit was 45 — we had to have been going around 90. I wasn’t paying attention. It was starting to dawn on me that I was in capital D-danger. I called the police, and they dispatched a sheriff’s deputy to a firestation nearby, about a mile away.

The only problem was that I needed to turn around to get to it — it didn’t occur to my 19-year-old brain to ask emergency services to maybe have a deputy waiting ahead of me.

How many of us were geniuses at 19?

I did, however, get to the deputy, thanks to a bend in the road and enough natural light left to turn off my car’s.

The deputy stayed with me, got a statement from me, and generally looked menacing in the event the car might figure out where I went — it either didn’t, or I didn’t see it.

I let someone else finish that delivery.

Now, sports fans, here’s the question all of this is building up to:

In this scenario, should I ever have legally been in fear for my life, and if so, when?

I would posit, having been there, that yes — I was in fear for my life. Thus the calling of the police. The defining moment for me was when I was pinned by a stranger’s car in a dead-end side street. If not then, certainly when he tried to hit me.

That being said, I want this to be a discussion with you guys. If I had a concealed firearm back then, should I have drawn? When? Did I play this right? Let us know!