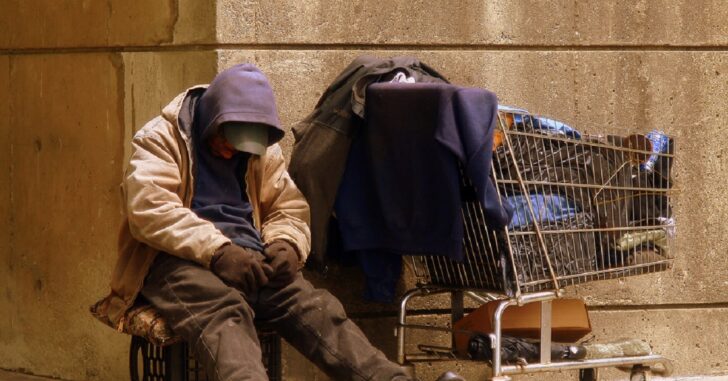 I think that pretty much everyone, at some point or another, has been hit up by someone on the side of the street for cash.

Sometimes people are just down on their luck and need a hand up — there’s nothing wrong with that. However, some people have no problem lying and/or making people feel unsafe in hopes that the added pressure will mean a few bucks for them.

That’s not OK, but it’s absolutely not a reason to produce a firearm. An awkward encounter doesn’t amount to a deadly threat, and unless someone threatens you or someone else, it’s really best to just disengage from the situation as quickly and politely as possible.

The scenario below, provided by Reddit user notsafetowork, details an instance just like that, and although this scenario didn’t result in a shooting, or even a drawing, I think it’s a great instance of keeping a (reasonably) cool head when all the internal alarm bells are going off.

The other day I was eating lunch at a local restaurant. There are two parts to the joint, one half where you eat, the other half around a corner has the seating and soda fountain, etc. Both sides have an unlocked entrance, however I feel that I should mention the dining side is not viewable by the employee running the counter.

As I was sitting there eating alone about 3 table rows deep from the entrance, facing the entrance and window that looks out to the street, I noticed a homeless man started to talk to a female pedestrian. She kept walking and clearly did not want to engage with this man. He kept following her for approximately 50 feet or so, after she turned around and appeared agitated by him following her and I assume told him something along the lines of “**** off”.

As he made his way back to the spot he was originally standing, he notices me through the window. I notice him notice me, and think to myself “I know this dude is not about to walk in here and ask me for some shit while I’m trying to enjoy my shawarma”. I was wrong.

He walks in the door and proceeds to walk up to my table, (opposite side of where I’m sitting) as he gets about 4 steps from the opposite side of my table I stand up and back up. He placed both hands on the table in a standing over kind of way. Before he said anything I tell him to get away from me. Perhaps this wasn’t the most diplomatic way of essentially saying **** off, but I wanted to make it clear he wasn’t going to take control of the situation and I was not going to back down. He replied with “get away from me?!”… appearing irritated. I reply with “you need to leave”. He thinks for a moment, and walks away and exits the restaurant.

I wasn’t terribly close to drawing, however this is the first time I’ve had my thumb hooking my shirt. (IWB at 4 o’clock).

Would you have handled this situation the same, or differently? Looking forward to input!

I think that notsafetowork was exactly right to get some space, then tell the man to leave him be, and do nothing else. He didn’t show weakness, and he got himself ready for an engagement if needed — and it doesn’t seem like he was really planning on a gun fight.

He was just looking out for himself — and since there’s no indication this guy was armed or even particularly dangerous, he did the right thing.

Remember, folks — being made uncomfortable or nervous is not the same as being made to fear for one’s life. You can’t take life-taking action unless there’s a deadly threat involved.

Stay safe out there, and stay smart.