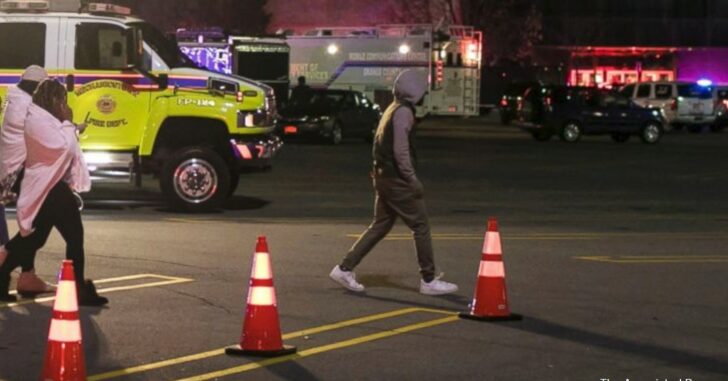 MIDDLETOWN, NEW YORK — As shoppers were snatching up deals this weekend at a mall in New York, a shopper’s gun went off. It isn’t clear whether the discharge was negligent, or if the person intended to fire.

In any event, the person responsible apparently took off and police are trying to locate him.

At this time it appears that a male wearing a dark hooded sweatshirt and gray pants discharged one round from a handgun into the floor on the second level of the mall in front of the American Eagle store,” Chief Robert Hertman of the Wallkill Police Department said at a briefing outside the mall.

Two people were injured for minor lacerations as a result of the bullet hitting the floor.

Police in tactical gear were seen going through and clearing the mall, and evacuations took place as well.

There are a number of scenarios that could make sense with the given information:

If I had to put money on it, I’d choose scenario #2. We may never have an answer, but let’s put this into the perspective of the lawfully armed citizen;

If your firearm ever goes off in public and it’s a negligent discharge, simply man up and wait for police to arrive so that they can evaluate the incident. And, if you aren’t charge with any crimes, it’s time to learn all about firearm safety.