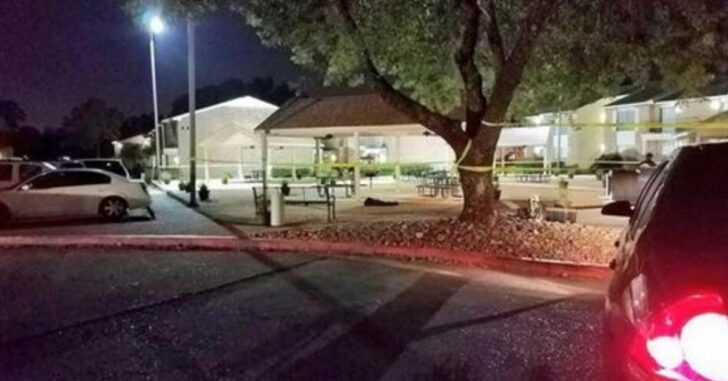 HOUSTON, TEXAS — The devil is in the details. And apparently, when one Houston man managed to wrestle control of a gun pointed at him by an armed robber, he may still have a lot of questions to face before a trial jury.

According to Click2Houston, an armed robber held a man at gunpoint outside an apartment complex in Houston. The victim said the robber demanded his wallet and other personal items. A confrontation ensued and the man wrestled control over the gun and shot the robber in the stomach in self-defense. The armed robber died at the scene.

Now, this case is being referred to a trial jury.

We’ve reported on a lot of cases in and around Texas and we’re surprised to see the case went this far. In many cases of self-defense gun use, the District Attorney will review it and then make a determination of whether or not to go ahead with a trial. In clear self defense, the case is usually dismissed.

Not the situation right now.

The hardest part about having to defend your life is trying to remember that, should you survive, you have to defend your actions before multiple authorities. Armed robbery is considered a violent felony in most states and especially so in Texas. As such, a person has the right to use deadly force to defend himself or even a third party.

The question will remain as to whether or not the man may have needed to use deadly force in this particular situation. He wrestled the gun free of control of the robber and then discharged it center of mass.

We cannot assume that the District Attorney’s office or even the police will always necessarily have our back in a self defense gun use situation. That’s why we need to be cognizant of what the law is and — most importantly — have good legal counsel ready to help.

It’s very easy to misconstrue events or details about your defensive gun use due to the trauma and high adrenaline of being in that situation. Always request to speak with an attorney before you speak with police — even if you think everything was very clearly justified. When recalling your story to a police officer, he is obliged to ensure that the law was fully upheld in the situation. One accidental admission, due either to high stress or anxiety, can turn a simple case of self defense into a very convoluted situation.

Don’t get stuck being flustered in front of police and the District Attorney — get legal counsel. And carry every single day.