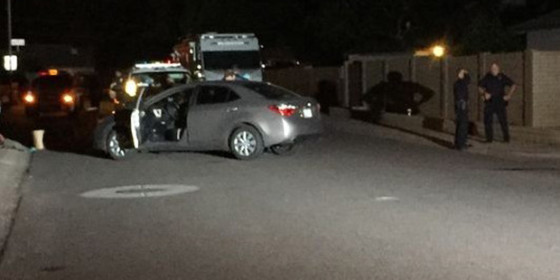 PHOENIX, AZ — A mother is in the hospital after her own son began stabbing her inside a vehicle during an argument. Many witnesses tried to stop the assault by attempting to physically get the son away from his mother, but only one was successful.

Phoenix police said a woman and her 28-year-old son got into an argument in a vehicle near 51st Avenue and Cactus Road around 10:30 p.m. on Sunday.

During the altercation the suspect began stabbing his mother who fell out of the vehicle.

Several witnesses came to the woman’s aid and tried to stop the suspect, police said.

One of the witnesses, who was armed, ordered the son to stop the attack and drop the knife. Ignoring commands, the son continued the brutal attack. That’s when the armed man shot and killed the son, successfully stopping the attack. The armed witness was a neighbor in the area, and it is unclear whether he was carrying his firearm or retrieved it from his house after learning of the attack.

Either way, this armed citizen is a hero.

Police say that the armed man was well within his rights to act as he did, and say that he likely saved the woman’s life.