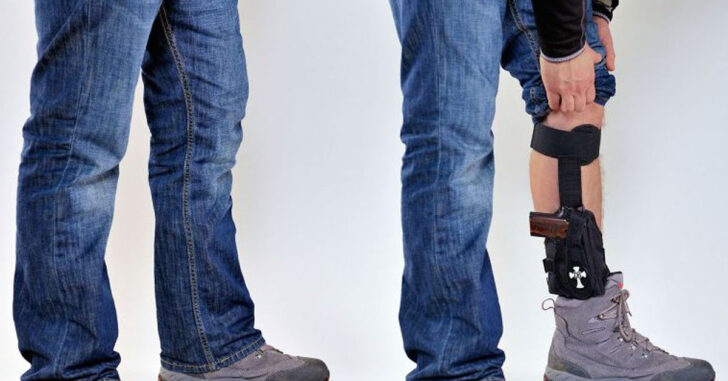 For the majority of concealed carriers out there, the forty-five caliber is relegated to some antiquated round that’s slow and heavy. If you know anything about ballistics, you know that you can get far more out of a .40 S&W or 9mm (+P JHP). But that’s the new generation of ballistics. For police officers, though, there’s a weird adoration of this . 45 ACP round. Why is the forty-five (.45 ACP/Auto) so special? Let’s find out.

The forty-five was introduced by John Browning, himself, when designing a pistol cartridge for what would later be used in the 1911 Colt — but that’s ancient history. Actually, at this point in pistol history, you would be a pro around the bonfire if you were able to even say that the .45 ACP cartridge was developed as a response to the ineffectiveness to stop live targets with a .38 cartridge. Don’t tell that to Smith & Wesson — they make bank off their very reliable brand of revolvers chambered in that cartridge.

Thankfully, though, civil society is not in the type of conflicts the United States Cavalry was involved in back in the 1890s. If they were, you’d need John Browning to raise up out of the ground and figure out which cartridge you needed to put down violent foes.

ACP. What does that even mean? Let’s help you out — the very term originates from Colt. Colt still makes firearms but, for the most part, most gun owners stopped paying attention to Colt after the 1968 Gun Control Act passed Senate. The term ‘ACP’ has widely been translated to ‘Auto’. The reason is that when guns mutated from revolvers to pistols, the concept of a pistol that automatically switched to the next round was considered an (*gasp*) automatic mechanism — don’t tell the Democrats.

Gun owners and politicians alike fight over the usage of this word.

Automatic, at the time it was adopted as a term that would be later co-opted into Automatic Colt Pistol, just referred to the functioning of the mechanism.

What a glorious day that must have been?

Imagine, as a gun owner or concealed carrier, being far less concerned about the legal definition of a term so long as it worked properly and protected you and your family?

So, that’s the forty-five in a nutshell.

Now, why do off-duty police like it so much?

Imagine you’re a police officer serving in the constant threat of death and dismemberment from a random and occasionally purposefully violent populace.

Now you get off shift.

The old school of police thought the forty-five was the king of pistol cartridges. The follow-up would be a .357 Magnum. These are people who are actually in the line of fire and in danger on a near daily basis. For them, it’s all about immediacy.

Ankle holsters and .45 ACP pistols are a constant in the off-duty police force quite simply because the legend of the forty-five was passed down from generation to generation. One patrolman to another, one working beat cop to another — it became habit.

…All be damned. Too many men and women trusted their off-duty lives to the forty-five to put it down. And that’s why the forty-five exists in its current incarnation.

As a concealed carrier, independent of law enforcement and beholden only to the Second Amendment, you’re given a whole heck of selection. The big key is finding a gun you can handle and one that you can reliably put rounds on target.