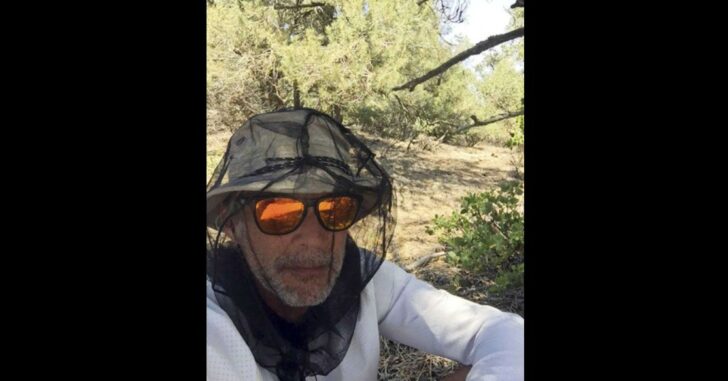 LOS ANGELES, CALIFORNIA — When you get really low in your life and have no respect for anyone, you turn into guys who rob rescuers while they’re en-route to help a hiker in distress. That’s what low means.

The incident happened this past Saturday, and has people scratching their heads as to why someone would do such a thing. However, it’s not as uncommon as most would believe.

Four volunteers with the Kern County Search and Rescue team set out on foot to bring Brandenburg water and became separated, Sgt. Zack Bittle said. One pair turned down the wrong trail, where they encountered the robbers who stole their radios.

The rescuers were unharmed, but they were followed by the gunmen as they hiked back toward the Pacific Crest Trail, Bittle said. Eventually, the two men ran off.

It’s extremely rare for rescuers to be assaulted, but it’s not unheard of. Last year, a volunteer rescuer searching for a missing hiker was shot and wounded near the South Yuba River in Northern California.

While the hiker, Charles Brandenburg, waited for help, a few other hikers found him and gave him water. They waited with Brandenburg until help arrived. That help, which was supposed to come in just a few hours, ended up taking 12 hours because of the armed robbers.

Eventually, a SWAT helicopter came to the rescue and air-lifted the hiker to safety.

Brandenburg, 55, of Mendocino, said one man hid in the sparse forest while they waited for help. But he and two others weren’t sure how seriously to take the warning until the helicopter arrived and lowered a SWAT officer in camouflage to the ground.

It’s pretty unreal to think that people could hinder a rescue in this fashion, but this is unfortunately the world in which we live. On top of that, it’s nearly impossible to receive a permit to carry concealed in California, and who knows what the law are that surround hiking.

Previous article: Man Fires Gun From Boat For Hours, Police Intervene And Take Him Out Next article: #DIGTHERIG - Jimmy and his Springfield Armory EMP4 Lightweight Champion 9mm in a Factory EMP4 Holster