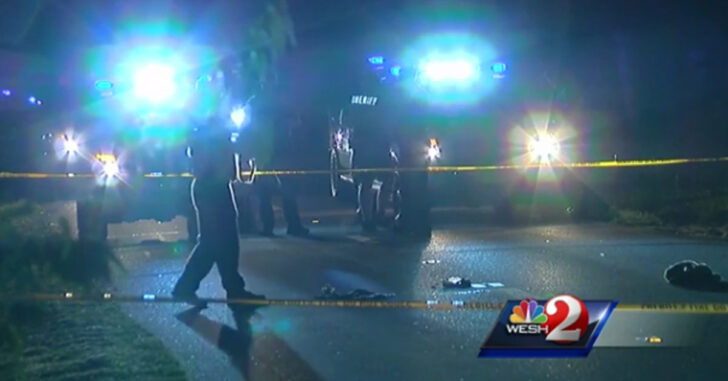 SEMINOLE COUNTY, FLORIDA — One homeowner was forced to defend himself when a young man charged at him from the bushes. Thankfully, he was armed.

According to WESH 2 News, the homeowner detected an intruder trying to break into his home late at night. He armed himself and went out to confront the suspect. The intruder retreated to a thick bush on his front lawn. Not wanting to take chances, the homeowner fired once and warned the intruder to come out.

“I heard a couple big booms and didn’t know what it was, and my dogs started barking,” said Hamrick. “I came out on the porch and saw a young man in the road. An old gentleman I know who lives across the street said, ‘Please call the cops. Call the cops.'”

The homeowner says that the intruder tried to charge him from beneath the concealment of the bushes. He shot him repeatedly in the legs, neutralizing the threat. When a neighbor came out, he saw the homeowner standing over the suspect, holding him at gunpoint.

Seminole County Sheriff’s Office arrived and took the suspect to a hospital where he was treated for non-life-threatening injuries.

No charges have been filed against the homeowner.

The suspect has not been identified.

In the neighbor’s account to WESH 2 News, he says he has lived in that neighborhood for thirty years and this is the first time he’s run into this type of activity. As someone who covers a lot of these stories, let me tell you that’s a very common sentiment.

For those who have lived in an area for a long time, this fresh wave of new crime may come as a surprise. The best way to solve it is by making your community a hard target to hit. If a neighborhood gets a reputation for being tough on crime, you can expect criminals to be less than enthusiastic about planning their next heist there.

Defend your neighborhood from thugs. Carry at home, carry everywhere.