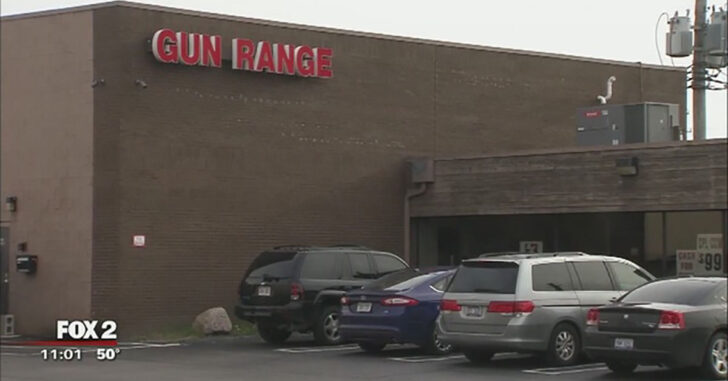 LIVONIA, MICHIGAN — A firearms instructor is in hot water after being overconfident with his firearm. The end result: shooting a student and then needing to retain a lawyer.

In a case of this-should-absolutely-never-ever-happen, the instructor was teaching a class when he unholstered his firearm and pointed it at a door. Not knowing that the firearm was loaded, he pulled the trigger.

You can probably guess what happened next.

The bullet made it’s way through the door, and eventually finding a person inside a classroom at the gun range. The bullet traveled through the person’s leg, out the other side, and finally into his other leg.

“I can tell you this once it happened, he rendered aid immediately,” said attorney Terry Johnson.

Johnson is the instructor’s lawyer and says what happened Saturday was a mistake.

“He’s very remorseful,” Johnson said. “He’s really concerned about the gentleman that was injured.  He sends his wishes to him and his apologies as well. That’s his main focus, to make sure he’s okay.”

Of course the instructor is going to be remorseful, but what can be done to prevent these things from happening again? The 4 Rules Of Firearm Safety.

Let’s take a look at how many of the rules this instructor broke:

The 1st Law:
The Gun Is Always Loaded

BROKEN. Anytime that a firearm is picked up, or unholstered in a non self-defense way (or if you’re drawing to fire at the range), the firearm should be safety-checked. The instructor failed to check the chamber of his firearm. If he had, he would have immediately known that it was loaded, and then taken the proper steps to ensure the next move was a safe move.

The 2nd Law:
Never Point The Gun At Something You Are Not Prepared To Destroy

KINDA BROKEN. We can argue that he was in a safety course and was doing this for demonstration purposes, but a wall would have been a better choice… which brings us to the next rule of…

The 3rd Law:
Always Be Sure Of Your Target And What Is Behind It

BROKEN. Pointing the firearm at the door was no good. Why? Because doors are meant to walk through, and the chances of someone being on the other side of that door are great. Sure it could have been a door to a closet, but it’s still a door. A wall, say facing something other than another building or parking lot, or the floor… would have been much better options.

The 4th Law:
Keep Your Finger Off The Trigger Until Your Sights Are On The Target

NOT BROKEN. We’re saying ‘not broken’ because of the context of this case. This man was instructing others, and things like trigger pulls are going to be done in order to teach. In any other case, aside from the necessity to pull the trigger for taking down certain firearms, this would apply.

In closing, it’s an unfortunate thing that happened. It’s an important reminder of always checking our firearms to see if they’re loaded.

I always tell people, “If you’re at a range and your buddy wants to show you his new gun, and he shows you that it’s clear and sets it down for you to pick up, you should still be checking for yourself that it’s clear as soon as you put your hands on it. I don’t care if you just saw his confirmation, because it wasn’t your first-hand confirmation.”