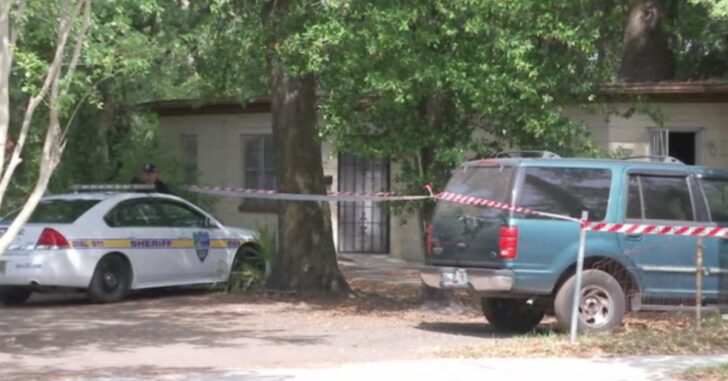 JACKSONVILLE, FLORIDA — A woman was forced to shoot a man who entered her home against her will and attempted to rob her, reports Action News Jax.

The woman claimed that the man followed her to her home from a nearby store and forced his way into her home.

He then demanded money from her.

She then grabbed her handgun and shot him.

And after that, the man ran off and — would you believe — called the police.

I’m not really sure what he was thinking, unless he was just accepting of the fact that he was about to be arrested.

He was taken to the hospital, where Action News Jax reports that his injuries were non-life-threatening.

#JSO: Woman shot robbery suspect in the chest after he got into her home. She's shaken up. Suspect will survive. @ActionNewsJax pic.twitter.com/8u4SNr09OT

One assumes that he will be or has been charged with for his crimes upon being released from the hospital.

This story is particularly unnerving because the an followed the woman home from a local store. He didn’t rob her when he met her — it wasn’t a crime of opportunity.

It was coldly, oddly premeditated.

There is no telling what else the man might have done or demanded had she not been responsibly armed and ready for exactly such a situation.

Good for her for being armed — she saved her own life.

However, a note for future reference — if someone follows you home and you notice that happening — don’t stop at home. Go to somewhere safe — a fire station, or a police station, and let them know what’s up.

That is, if your life is not endangered.

Previous article: #DIGTHERIG - EJ and his Smith & Wesson M&P Shield 9mm in a CrossBreed Holster Next article: Man Shoots Himself In The Goods While Exiting Vehicle: Why The Right Holster Matters