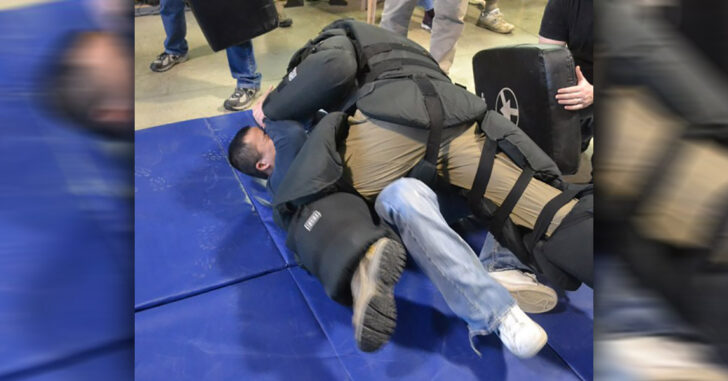 As a perpetual advocate for being armed and trained I try to practice what I preach. I always encourage all who are interested in their own self-defense to work to expand their game. What do I mean by this? I find that even among our community of people who take self-defense and being armed seriously most of us tend to be somewhat myopic in our approach. I am a firearms instructor myself. My expertise within the broad world of self-defense is as a handgunner. However, I work to have at least a functional capability in the other essential skills of personal protection such as basic medical, fitness level, less-lethal and alternate weaponry, and, of course, unarmed skills. Following is a personal example of how I have recently taken steps to remedy a hole in my own defensive skill set. We all have holes in our game and there are a lot of great resources available for plugging these holes. Here, I am going to introduce you to one of the best resources available in the training community: Greg Ellifritz.

I was familiar with the name before but I have only followed his blog in the past year or so. I wish I knew about it sooner. Greg is an active duty law enforcement officer in Ohio and he also runs his own training company Active Response Training. Greg is known as a firearms instructor, of which there are quite a few good ones. But Greg is in a class by himself in terms of his overall skill set and the diversity of his capabilities. It is this broad set of skill that drew me to his teaching and his writing to begin with. He teaches firearms, medical, edged weapons, and unarmed skills. He is also an expert on dealing with the threat of explosives. This guy is the embodiment of the diverse capability that I have promoted in my writing before on numerous occasions. What is noteworthy about Greg, though, is that while he applies the Jack of all trades approach, he is way beyond “Jack” in all of these skills.

The benefit of trainers as diverse as Greg, of which there are very few, is that they see self-defense, training, and preparation in general, holistically. Such trainers don’t hold or promote the fantasy that is often perpetuated by others as the “ideal fight.” For example, if you are primarily a shooter, you envision any potential fight that you may be unfortunate enough to get into as being a gunfight with a bad guy from across a parking lot, thus maximizing your best skillset. But what if that fight turns out to be you pinned on the ground, unable to access your weapon, while a large and powerful opponent bashes your skull into the pavement? Or, what if the fight you face actually takes place after you neutralize the threat and realize that a loved one is bleeding to death? What if your fight is not against bad guys at all, what if a loved one sustains a life threatening injury while hiking a mountain trail? Are you ready for that fight? Training with guys like Greg and following his writing will do wonders to expand your game.

I personally met Greg for the first time just recently when I took his Tactical Ground Fighting class and it was a great experience. In terms of unarmed skills I have a pretty solid combatives game. Nothing fancy, just simple and functional. However, I have always known that my abilities are solid only when on my feet. A huge percentage of fights do go to the ground; not as many as has been promoted by certain circles, but things often end on the ground non-the-less. Over the years I have learned a few very basic ground fighting principles but have recognized that I am generally out of my element here. If you go to the ground your solid skills in striking and the like go out the window, obviously, because your mode of mobility is completely changed. Even though I have long known my own deficit in my ground game, what is the solution? Do I spend months or years doing Brazilian Ju-Jitsu just to glean what I need for my defensive skillset? I should do that. But, nah, I am not going to do that. Let’s face it, to dedicate to such a pursuit you need to be into it for its own right, thus the problem.

However, I want to have at least some functional skills for resolving this potential issue. I also want to have the stripped down street applicable version. Obviously, much of this technique comes from BJJ but even this art does not account for street specific things like weapons or being stomped to death by multiple opponents. While I am not out to become a great ground fighter I want to be at least better prepared to deal with the possibility of ending up on the ground for real, in the street, in what can potentially be a worst-case scenario. In my own training I have not focused on this possibility enough. In the altercations that I have personally been in I have not ended up on the ground. Therefore, I could make that all-too-easy mistake of saying “it won’t happen to me.” But what if it does? I want to be capable of doing more than thinking to myself “this can’t be happening” if I do end up there.

This class with Greg has definitely pointed me in the right direction and I can say that I have significantly more confidence in my ground fighting skillset after having attended the class. I plan to adopt the skills learned into my own combatives practice on a routine basis. I have a feeling that many of you reading this may be interested in enhancing your unarmed skills, and that may be particularly true regarding skills on the ground. Unless you do BJJ this skillset is typically absent from most systems. One thing I took away from this class is that you actually have more options than you may think when you do end up on the ground. Greg taught some techniques that I have never seen before which allow you to efficiently take down an opponent who is still standing, thus fostering an opportunity to get back to your feet.

Greg keeps the material realistic and focuses on things that traditional arts do not, like the very dangerous possibility of dealing with multiple attackers while grounded, as well as the very dangerous reality that weapons are almost always present. Working these techniques even changed my own mind regarding my own tools that I carry. Many folks will actually change their carry modes and the positions of their weapons after experiencing a class like this. My own carry modes and gear have not changed as they proved functional, but I can tell you that I have a better appreciation for my knife as a weapon as this tool is often more readily deployed while in this circumstance than is the gun in the waistband (obviously only training guns and knives are used in the class). Overall, this was an excellent training experience and if you want to improve your ground game this course is a great way to do it.

So, in closing I highly recommend Greg Ellifritz for any self-defense training and I really encourage you to read his blog. He is one of the best out there and I plan to train with him further myself. Check him out at http://www.activeresponsetraining.net

Previous article: Drive-Thru Draw: One Man's Story. What Would You Have Done? Next article: Jogger Decided To Carry Concealed For His Morning Run -- And That Decision Likely Saved His Life