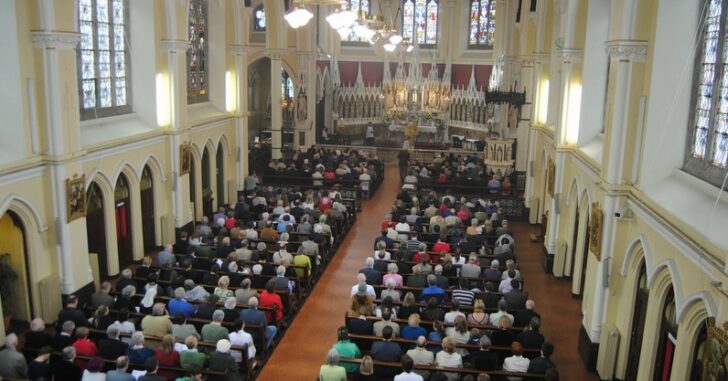 ALTOONA, PA — A man at his church for Easter vigil negligently discharged his firearm during the service. Police are currently debating whether to charge the man.

According to local news reports, the man was standing up when the incident occurred, and it seems that he wasn’t carrying properly:

Officer Christy Heck says the gun’s safety apparently was not on when the man stood up from kneeling, causing the gun to snag on his pants and fire. The man has a license for the gun and was carrying it legally.

Based on these details, it seems like the man was carrying his firearm in his pocket (or maybe waistband) with no holster. Even if the firearm’s safety wasn’t on, there is no reason why it should go off (if it were properly secured). One of the reasons we use holsters is to make sure that the trigger is covered. This was no accident. This was negligence.

Do you think that this man should be charged with anything?

Previous article: Woman Gives Graphic Account Of Near-Death Assault By Her Own Son And Credits Armed Citizen For Saving Her Life Next article: Hand In Your "Assault Rifles" And Get A Tax Break!