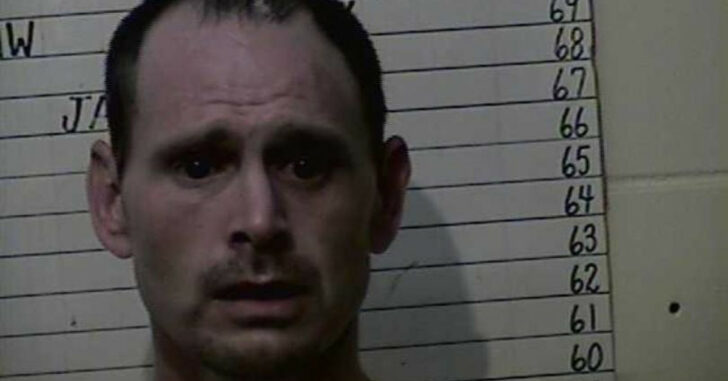 HUGO, OKLAHOMA — When an intoxicated man violently broke into a woman’s home, she gave the stranger two choices: leave on your own or leave. He wanted option C. There was no third option. He absorbed a non-life-threatening shotgun blast and did in fact leave — on a stretcher.

Coffelt’s criminal record includes being sentenced for possession of a controlled substance. He was sentenced to 10 years but only served 5. There’s an ongoing investigation relating to his other possession charges and it appears he has a prior record of larceny.

In any case, Coffelt’s luck must be either amazing or horrible.

We’d like to note for our reading audience that the homeowner in this incident will not have to face the endless civil litigation from the family like a poor couple currently does in Bend, Oregon.

She was not charged with any crime and there does not appear to be any civil cases pending. Perhaps Oklahoma just respects an individual’s right to protect herself and her property. What a crazy policy, right?

Stay armed and ready. Drunk people, dumb people, violent people… They aren’t good about sending RSVPs and when they decide it’s your door they want to try, you should be ready to contest that foolish decision.

Be safe out there and definitely keep the shotgun handy.

Previous article: Before The Feds Crack Down On Guns, It'd Be Nice If They Could Account For Their Own Next article: CA Sheriffs Explain Their Take On Guns... We Listen