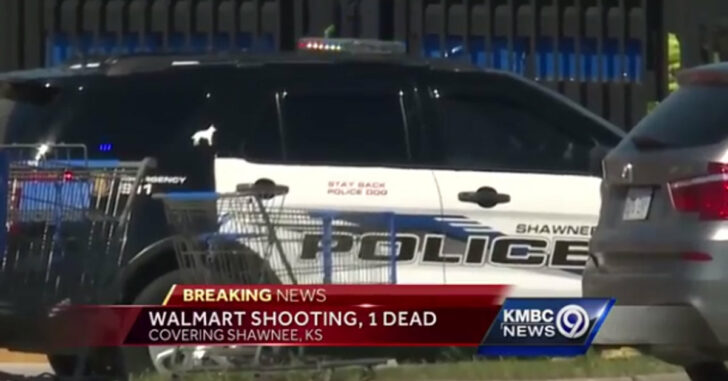 SHAWNEE, KANSAS — A mother leaving Walmart went to put her infant into her car when she was approached by two strangers. Both men struck her repeatedly in the head, dropping her. When a Good Samaritan saw what happened, he tried to intervene. He was brutally shot in broad daylight. Thankfully, another man saw what happened to the first and shot the suspect who shot the Good Samaritan. The other suspect fled the scene.

The woman and the Good Samaritan were both critically injured. They were taken to the hospital. The Good Samaritan is still in the intensive care unit after receiving life-saving surgery and the woman was allowed to leave later the same day.

“You know our hearts and prayers go out to both of them for a speedy recovery. I know we have many people out right now, many teams of officers and detectives. We had to make contact with the family of good Samaritan number one to get them to the hospital to be with him, but apparently good Samaritan number one is able to talk,” said Maj. Dan Tennis, of the Shawnee Police Department.

Two Good Samaritans happened to be in the parking lot of a Shawnee Walmart at the same time. It’s tragic the first got shot but that allowed the second to know beyond any reasonable doubt that these were two bad guys that needed to be taken out. Judicious marksmanship secured the first and, having no shot on the second, Good Samaritan Number Two held his fire and let police take care of the rest.

The police are still on the look-out for the second armed suspect.

This is why we need you to carry everyday. This is why we train and we stay prepared every single day. Because there’s not enough of us willing to stand up to scum and defend ourselves from violence.

What, pray tell, does a man get when he attempts to rob and injure a mother in front of her infant in a parking lot of Walmart? Where is the ability to diplomatically negotiate that?

It comes down to the ability to judiciously use deadly force when it applies. And in this case, it most certainly did.

The deceased suspect is believed to be John W. Simmons, III. He was 28 years of age at the time of his passing and from the sounds of it, that was ten more years than he needed.

K-9 officers attempted to track the second suspect but the dogs incorrectly identified the wrong person. The second suspect is likely to remain hidden because he doesn’t have a gunshot wound to tend to. That was his accomplice’s problem.

Judicious marksmanship and the readiness to come to the aid of your fellow man… That’s just a few of the ingredients that makes this country the best in the world. We have the inalienable right to defend ourselves from harm and, in some cases, come to the aid of our neighbor as well.

To both Good Samaritans who stepped up when someone called for help: our sincerest thanks and gratitude go out to you and a speedy recovery to the first man who responded and was seriously injured.

Previous article: San Bernardino Has Surge In Everyday Violence -- Do We Have The Answer? Next article: Homeowner Protects Pregnant Wife And Home Against Armed Burglar