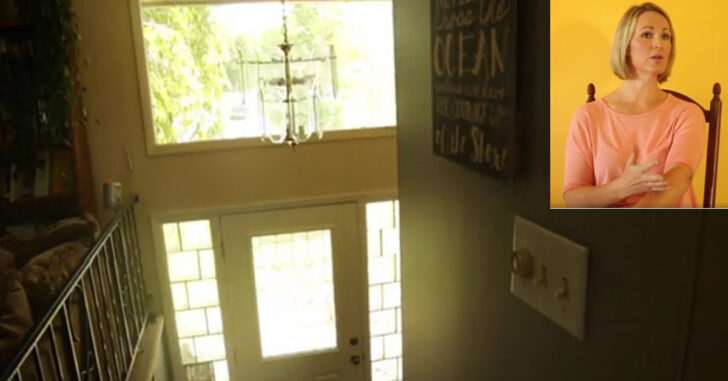 BOISE, IDAHO — Caught in the middle of a neighborhood rampage, one woman acted above and beyond anything we could expect… And the lives she saved in the process should make us all pause and reflect about our own level of preparedness.

In a stunning interview with the Idaho Statesman, the woman describes how the scene unfolded. She remembers hearing shots ring out in her cozy West Boise neighborhood. She retrieved a handgun from inside and by that point, someone had been hit. Her daughter and mother retrieved the wounded teenager and brought him into the house for cover.

However, the gunman saw them retrieve one of his victims and began directing his fire on their house.

The woman very astutely made the call that the upstairs was mostly glass and wouldn’t provide a lot of cover. She directed her daughter and mother to take the man to the basement while she guarded the front entrance. The basement, as she described, provided actual cover because a good portion of it was underground.

Records and pictures show that the attacker seemed to put an endless stream of rounds into her home. Windows were shattered, glass broken, walls tore up…

These are the situations of real life.

In her interview, she recalled weighing the decision to try to roll around and flank the attacker out front while he reloaded. She wisely chose to stay put. Her rationale?

“If I went around the side, he could have just walked in through the front and they (her daughter, mother, and victim) would have been sitting ducks.”

Thankfully, police arrived minutes later. But, when seconds count, this woman was ready, willing, and able to protect her home and a bystander.

This truly is a ‘Guns Saving Lives’ story if ever we reported on one.

We never expect this type of wonton violence to arrive on our doorstep. How many of our spouses, significant others, and those we care for are well versed in self-defense and preparedness?

We’d wager a good many people would have panicked, dropped everything, and simply tried to surrender to this man. Thankfully, this woman was not about to be just another victim without a fight.

Between her and her family, they saved the life of another person and managed to stay safe through the worst of it.

When police arrived, it wasn’t “over” then, either. One Boise police officer was shot during the struggle. The man, Alan Amundson, 53, took his own life rather than surrender to authorities.

How much more damage would he have done if these brave people hadn’t been ready to react?

The only person that died that day in that exchange was the coward who opened fire on a teenager and the family that sought to protect him.

Our thoughts and prayers go out especially to the police officer who was shot responding to this scene. The police are increasingly being met with heavy resistance and they still bravely charge in to serve and protect others.

We need to be on the same team. There’s just no other way to go about it.