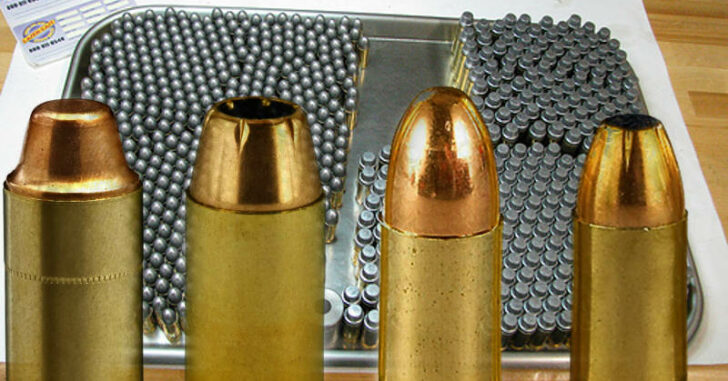 With those hot summer days upon us, we’ve been getting a lot of Facebook questions about how safe it is to keep a gun locked up in a car. Many of the questions relate to whether or not the ammunition will self-ignite or whether a round may go off in the chamber.

Let’s dispel a myth right now: your car will not get up to the temperature needed for ammunition to begin cooking off. Cooking off refers to when a round of ammunition discharges itself due to the primer going off due to ambient heat.

If you throw a round of ammunition in the fire (never recommended), it can cook off. That’s because the heat of the fire exceeds the temperature needed for the gunpowder to explode. When we look at a modern round of ammunition, it consists of the following:

There can be other ingredients depending on the specific make and model of a round of ammunition but those are the three primary components. For your reference,

The hottest recorded temperature in the world was 134 °F in Death Valley, California, on July 10th, 1913 according to the Guinness Book of World Records.

So, on the hottest day imaginable, if you left your gun out in the middle of the blazing hot sun, it would only be able to absorb roughly a third of the required thermal energy needed for the primer on one of your bullets to ignite.

Now, inside a vehicle, there are other factors at play. For instance, if your windows are closed and the sun is beating down, you car is subject to Greenhouse Gases. The air trapped in your car absorbs radiation given off by the sun causing the inside of your car to be hotter than outside temperatures.

It is theoretically possible for those temperatures to reach an almost scalding boiling temperature of water — 212 °F. However, even at this temperature where water begins to boil, it’s still not enough energy for a primer in your gun to ignite.

So, leaving a gun in a glove box or trunk during a hot day is not enough to have an accidental discharge. And in this case, we truly do mean accidental and not negligent because there is no human hand at play when it comes to the discharge of that firearm.

However, may we suggest that if you do store a gun in your vehicle during those hot days, do yourself (let alone your gun) a favor and crack the window or keep the gun in a closed box that is not exposed to the sun.

While the ammunition won’t likely go off on its own, if you have to pick up the gun, it will still be as brilliantly hot as you can imagine.

Modern munitions are made to withstand quite a few degrees of punishment without going off. This is why modern armies can traverse harsh, inhospitable landscapes without worrying about munitions suddenly firing themselves.

Be safe. Keep your gun on you or keep it secure in a locked container when it is not in your service and carry everyday.

Previous article: #DIGTHERIG - Ken and his Uberti Schofield Wells Fargo in a Hunter 3325 Holster Next article: Burglar Chooses The Wrong House To Break Into -- Can You Guess How It Ends?