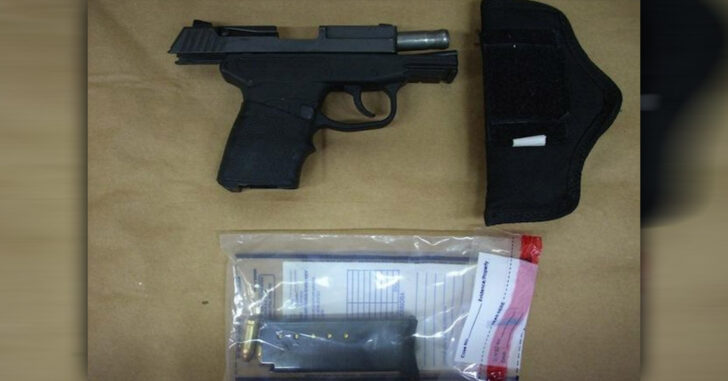 This guy just won’t go away.

Love or hate him, GZ is really getting under my skin. He’s like a bad rash that won’t go away, and you’re not quite sure where it came from.

Last week, we reported on his first listing at GunBroker.com, which was quickly removed from the site, followed by an official statement from the website as to why they removed it. Plain and simple, they didn’t want to be a part of the circus.

If you’re in the dark, GZ is attempting to sell his Kel-Tec PF-9 9mm which he used to shoot Trayvon Martin.

After getting the boot from GunBroker.com, he listed over at another auction site called UnitedGunGroup.com, which has apparently welcomed the listing.

This is the 2nd time it’s been up there. The first started with a bid of $5,000. Pretty expensive for a Kel-Tec. Shortly after, bogus bids started pouring in until the price hit $66,000,000. Yes, that’s $66 Million. One notable bidder’s username was Racist McShootface, an obvious bogus bidder.

Now, we’re back at it again. This time, the price has changed. Starting bid: $100,000. Or if you’d like, you can walk away with it for a cool half million using Buy It Now. While it’s his property and he is free to do as he pleases, it’s pretty strange and tasteless to attempt what he’s doing. And kinda creepy.

Congrats to UnitedGunGroup.com for driving up traffic to their site, but this is just too weird for us. After the dust settles, it’ll be like any old day again.