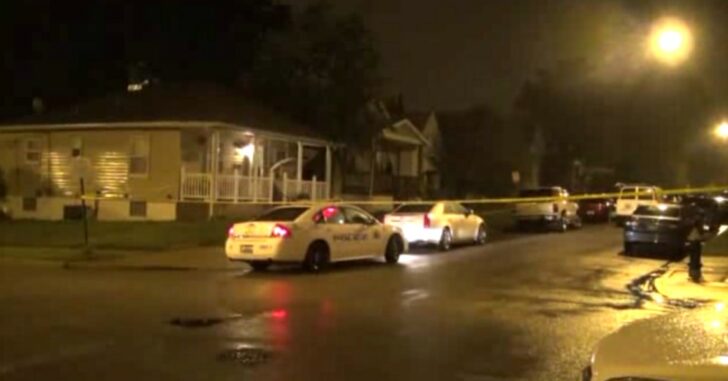 ST. LOUIS, MISSOURI — A father watched as a gun was put to his daughter’s head by two armed men outside their home, and he immediately sprung into action.

A 17-year-old girl was outside getting something from her car when she was confronted by two armed men who held a gun to her head and told her to return to her home.

The girl’s father saw the suspects walking his daughter toward the home and went to get his gun. He fired several shots at the suspects, hitting both of them.

The girl’s mother also grabbed a gun and fired a round but did not hit either suspect.

One of the suspects died at the scene, while the other was critically injured. Being a pretty wimpy thug, he got into the car and contacted his brother to take him to the hospital. The thought of dying was apparently enough to draw the thug out of him, and he was taken to the hospital with gunshot wounds to his chest and thighs. If he were a true badass, he would have just slept the injuries off, amirite?

This armed father wasn’t about to let these two criminals hurt his baby girl, and he did what he had to do to protect her.

No one in the home was injured, including the daughter.

Also, its a good reminder to teach your children the importance of situational awareness. Whether you’re out and about or simply on your own property, it’s always important to know what –and who– is in your immediate area.

Tell me again how armed citizens don’t save lives?

Previous article: #DIGTHERIG - David and his S&W SD9VE or a Ruger SR45 in an Alien Gear Holster Next article: After Hearing Gunshots, Armed Man Goes To Aid Of Neighbors During Horrific Armed Home Invasion