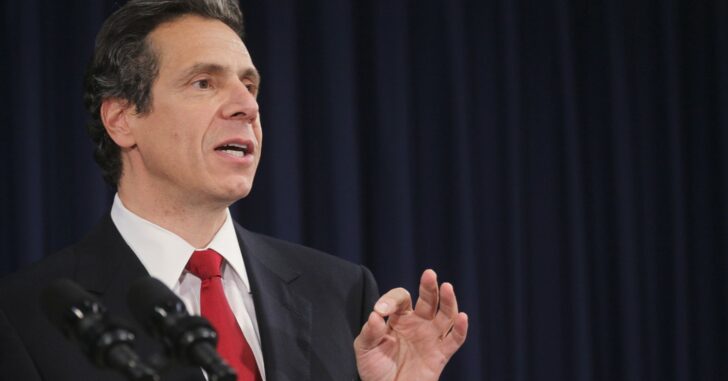 ALBANY, NEW YORK — Governor Andrew Cuomo announced Friday morning that a travel ban has been placed on 6 states in the US, citing their relaxed gun laws and potential harm to New Yorkers.

The states affected by the ban include Florida, Texas, Idaho, Arizona, Utah and Vermont. That number is expected to grow as the Governor’s office continues to review gun laws across the country, to see which states would be a danger to visitors.

“We see states like Florida, who have no magazine-clip capacity limit. If you’re at the beach on vacation with your family, you could have someone walking around on that very same beach who is concealing six or seven 100-round drums for his Glock. Sure he’d have to wear a big jacket to conceal them and he’d be really warm in the Florida sun, but it can still happen,” said Cuomo during a news briefing.

When asked about the NY SAFE Act magazine capacity limit, Cuomo touched on another reason to stay away from the banned states, even going as far as to say that any other state in the Country is now a potential problem as a result of the SAFE Act.

When a reporter asked Governor Cuomo if this were an April Fools joke, Cuomo said that this is absolutely not a joking matter.

“The safety of New Yorkers is a top priority. If a criminal has a 10-round magazine-clipazine, now he can only load seven rounds in it under the new law. That’s three less than before. One thing we know for sure is that criminals follow the law,” said Cuomo.

He went on to talk about the limit as it relates to law-abiding citizens, saying, “If we say you only need seven rounds in a magazine-clip to fend off 4 armed home invaders, that’s really all you truly need. You should have three bullets left over when you’re done. If you can’t do it with seven, I suggest you practice at the range some more.”

Previous article: Nearly 20% Of The Country Is Now Permitless Carry, But Make Sure You're Still Training Next article: CCW Scenario: Stranger Approaches In Parking Lot -- What Do You Do?