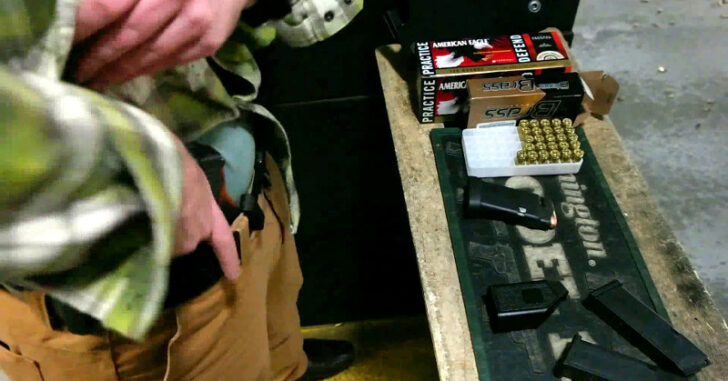 If you haven’t been acquainted to Reddit — it’s what’s called a “link aggregator”.  It’s a place for all sorts of people to convene and discuss stuff that’s important to them.  The little branches and rooms formed off to the side are called subreddits and they’re for people who have a specific purpose.  For instance, there’s a pretty cool sub dedicated to discussing just CCW.  There’s also subs for just guns.

Well, one in particular caught my attention recently: Gun Holster Classifieds.  As a gun owner, there comes a time when I either switch out, swap, trade, or sell an old gun.  And now I’ve got a holster I no longer need nor want.  Versus trying to scrape around on Armslist or similar, I like to go directly to other concealed carriers and cut out the banter of a middleman.

I found this sub recently while purusing various CCW forums and, indeed, had an old Kydex holster for my M&P Shield .40 S&W.  It did its service to me but I had already traded it out for a CZ-75D PCR which has since been my favored “range day” pistol to carry.  As Kydex is a pretty committed material, there was no sense in my keeping it so I popped over to that subreddit and put up an offer to sell.

It took a whole of three days but after a little negotiation, it was sold and mailed off to someone looking for particularly that style of holster.

Holsters can get expensive.  And for a lot of people, trying out new designs or things they’re not familiar with can be an expensive experiment.  Selling old used gun holsters or conversely buying them is a great way to check out new things — maybe even barter and trade for them like the true Americans we are.

Now, I’m in no way dissuading any of you fine gents and ladies out there from going out and getting a brand new holster.  In fact, I recently acquired a new OWB for my Glock 19 and an IWB for my Glock 36 from Lenwood Holsters.  If you know what you like, you’re willing to pay a higher price for it.

However, for beginning concealed carriers who haven’t had experience with the gamut of different IWB/OWB holster configurations, a sub like this is a great way to get familiar without dropping a whole boatload of dough.

After all, wouldn’t we rather spend it on ammunition for the range?

Previous article: Watch This Video And Ask Yourself: Would You Draw Your Firearm? Next article: Lottery Winner Wins Fatal Home Invasion -- If You Win The Lottery, Don't Talk About It