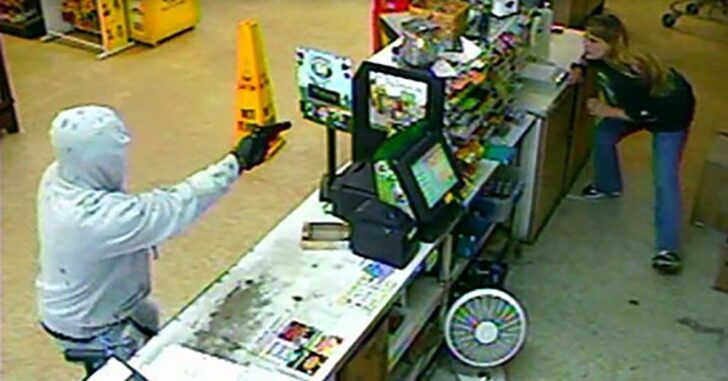 As the owner of a gun blog, I get more inquiries and questions than the average person. I’m not talking about from readers (although that’s true, too), I’m talking about friends and acquaintances.

Out of all the questions I get, two in particular really aggravate me. Let’s look at each of these questions, and why they get so far under my skin.

Irritating Question #1
You live in a small town. Why do you need to carry a gun?

As I display my answer, I remind the person that I, like normal people, travel around outside of the town I live in. That doesn’t even matter, though. The fact that I reside in an area deemed a ‘safe zone’ doesn’t mean anything. It’s like the elusive gun free zone. If there’s one thing I’ve learned since starting Concealed Nation, it’s that all it takes is one time.

Who’s to say that a lunatic won’t one day walk down main street on a busy afternoon and start shooting indiscriminately? Who’s to say I won’t walk up upon an argument somewhere, and suddenly one of them pulls out a gun?

All it takes is one unstable person to wreak havoc on an otherwise peaceful area.

The chances are slim, I admit. However the chance of something like that happening is always there, in every single corner of our world.

They had a few shootings in just a few weeks. These are things that simply don’t happen there. But they did. The town was rocked and people were on edge. While they wound up to be isolated incidents and possibly accidents, life happens.

Do you see my point?

If I’m cooking in my kitchen, I don’t bring the fire extinguisher to the kitchen just for that moment. Instead, like most people, I keep it in the kitchen all the time so that it’s readily available should I need it’s assistance. It’s the same reason your car doesn’t come with a detachable airbag. You’ll probably want it in there at all times, just in case.

Some hate those analogies, but it couldn’t be closer to the truth. It’s preparedness, plain and simple. It’s just another tool in the kit that you use each day.

I reiterate often that I never promote concealed carry out of fear, but rather out of preparedness. To live in fear isn’t healthy or rational. What is healthy and rational is to be prepared.

Irritating Question #2
I’m going to hold off on getting my permit. Can you help me with the process once I get around to applying?

If the people who say this were in my shoes, they’d shake themselves silly until they understood how life works.

My answer is always the same. First, of course I’ll help you. And second, if you’ve already made the decision to carry a firearm, do not put off the process of obtaining your permit.

Why? Because life is unpredictable. And all it takes is one time.

I’ve reported on stories where people used their firearms in self-defense, and only had their permits for mere weeks. Had they postponed the process, who knows what would have happened to them during their time of need.

I also shared the story of a young woman who was raped on her college campus. After that horrible event, she went out and got her permit. Then she trained. Then, she came face-to-face with her attacker again.

This time, however, she was prepared and was triumphant. You can read her full story here.

After reading that story, you can clearly see how things could have been much worse if she had postponed her decision to carry.

So the questions that remains; why take the risk, and why not prepare yourself before your number is potentially added to the total?

Lives are changed forever and can end in an instant as a result of violent encounters. The key is being prepared for such an event and while it won’t ever guarantee you 100% safety, it sure beats giving the attacker 100% control over your life.