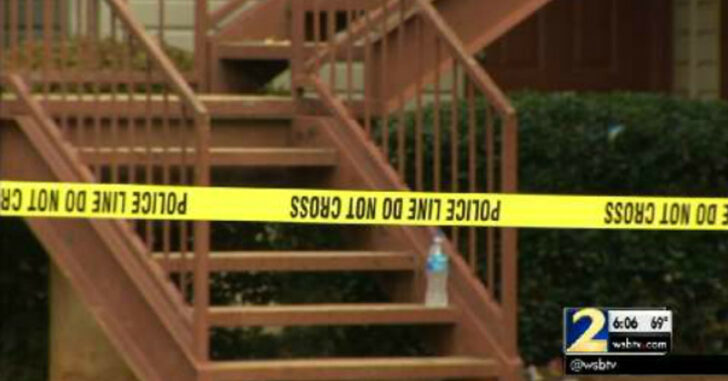 Same day, same morning, two different cities, same result.  The first failed enterprise began at 3:51 am when four men, one with a gun, kicked in the front door of a home in Ravenna, Ohio.  According to the Akron Beacon Journal, two men and a woman were inside.  The armed invaders rushed them and an altercation took place.  One of the occupants was able to open fire on the intruders hitting two of them and scattering the rest.  The thugs didn’t make it far before police nabbed them.  Two of the attackers, James Dokes, 18, and Edward Ramsdell, 21, were apprehended with non-life-threatening gunshot wounds.  The other two remain at large.

Not three hours later, two entrepreneuring thieves thought they could make an easy grab at an apartment complex in Henry County, Georgia.  According to  WSB-TV Atlanta, the two thieves scaled up onto the balcony where they encountered an armed roommate waiting for them.

Neighbors at the scene describe the thieves as having attempted to rob the place earlier but waited until the roommate of the occupant returned.  The roommate was armed.  Bad decision.

“Then they ran, so they came back again and tried to rob him. Well, his roommate was there and this time, with a gun,” one neighbor said.

For these thieves, that decision couldn’t have gotten any worse as they were both fatally shot.  The first one died in the apartment and the second one managed to hop down off the balcony before dying in the field next to the apartment complex.

The most tragic piece of the story was when the television station had to describe the family of one of the deceased robbers going out into the field to identify the body.  You know that’s gotta be a hard pill to swallow.

This needs to be the lesson that gets sent home.  The problem is when young people think there’s any potential whatsoever in trying to rob a person’s home.  The end result is always bad.

Perhaps the first two robbers were lucky enough to survive and learn a valuable lesson.  If they’re not, they could just as easily wind up like the second two.  For the concealed carriers out there, it’s a constant reminder that vigilance doesn’t take a break in the early hours of the morning.  Keep that gun nearby at all times.